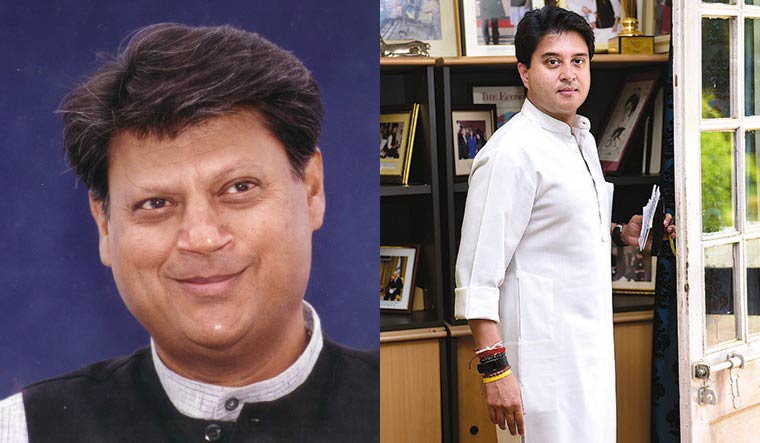 Jyotiraditya Scindia's decision to leave the Congress on Tuesday has triggered an earthquake in Indian politics. On predictable lines, many Congress leaders have panned the decision, while BJP members welcomed the prospect of the Gwalior royal joining the saffron camp.

Natwar Singh, former external affairs minister in the Manmohan Singh government, chipped in with an opinion that may well set the proverbial cat among the pigeons.

Natwar Singh was quoted by news agency ANI as saying Jyotiraditya's father, Madhavrao Scindia, "would have been prime minister if he had lived". Natwar Singh added, " I am not surprised that Jyotiraditya Scindia resigned from Congress and will join BJP. I feel he will be sent to Rajya Sabha and be inducted into the Union cabinet.”

Madhavrao Scindia had been a minister in the Rajiv Gandhi and P.V. Narasimha Rao governments and was a prominent leader of the Congress until his untimely death in an aircraft crash in September 2001. At the time of his death, he was perceived as being one of the most prominent leaders of the Congress and even a prospective candidate for prime minister.

However, like Jyotiraditya, Madhavrao had less good fortune in claiming the ultimate prize in the politics of his native state: The chief minister's chair in Madhya Pradesh.

In 1989, then Madhya Pradesh chief minister Arjun Singh was force to step down after the Jabalpur High Court ruled that a lottery run by his son had violated laws. At the time, Madhavrao Scindia had hoped to become chief minister. However, Arjun Singh took MLAs loyal to him to the residence of an aide to force the Congress, then led by Rajiv Gandhi, to not appoint Madhavrao to the chief minister's post. Motilal Vora was sworn in as a 'compromise' chief minister.

This 'young versus old' conflict played out in December 2018, when the Congress won the Assembly polls in Madhya Pradesh, displacing the BJP after 15 years.

While Jyotiraditya Scindia ran a highly visible campaign for the Assembly polls, current Chief Minister Kamal Nath secured the top post, purportedly as he had the support of more MLAs. At the time, Rahul Gandhi, son of Rajiv Gandhi, was the chief of the Congress.

When Madhavrao Scindia joined the Congress in late 1979, he described then prime minister Indira Gandhi and her son Sanjay Gandhi as the only leaders with whom India could look to the future. He had even praised Kamal Nath, then an aide of Sanjay Gandhi, as being "capable and intelligent".

Madhavrao Scindia left the Congress in 1996 after he was refused a Lok Sabha poll ticket and formed a regional party, the Madhya Pradesh Vikas Congress. He returned to the Congress two years later.