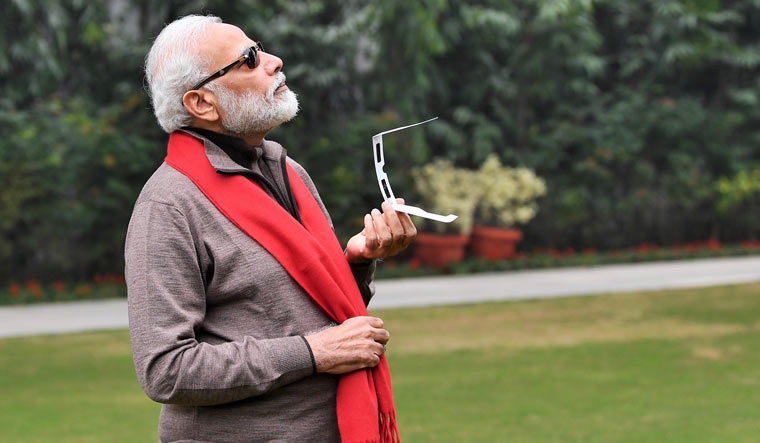 Prime Minister Narendra Modi’s discriminatory actions against Muslims, and a fierce crackdown on protesters opposing the changes, indicated a deterioration of basic freedoms in the world’s largest democracy, the report says

Prime Minister Narendra Modi and the BJP's nationalistic policies came under scathing criticism as India plummeted to the ranks of one of the least free democracies in the Freedom in the World 2020 report. Ranked at 83rd position along with Timor-Leste and Senegal among the bottom five of "free democracies", India was bogged down by multiple reasons including its Kashmir policy after abrogating Article 370, the National Register of Citizens for Assam, passage of contentious Citizenship Amendment Act (CAA) and frequent internet shutdowns across the country.

India witnessed the worst score decline among the world’s 25 largest democracies in the annual report published by Freedom House, a US-based watchdog, which has been tracking global political and civil liberties for almost half a century. India's overall score declined from 75 in 2019 to 71 in 2020, with civil liberties taking the biggest hit. Only Tunisia has received a lower score than India in the 'free countries' category of 85 nations in the current report . India's score was 77 in 2017.

"The Indian government has taken its Hindu nationalist agenda to a new level with a succession of policies that abrogate the rights of different segments of its Muslim population, threatening the democratic future of a country long seen as a potential bulwark of freedom in Asia and the world. Prime Minister Narendra Modi’s discriminatory actions against Muslims, and a fierce crackdown on protesters opposing the changes, indicated a deterioration of basic freedoms in the world’s largest democracy," the report states. This contributed to the four-point decline.

The report, which treats Kashmir as a separate territory, downgraded the Union territory's status from "partly free" to "not free" due to the Indian government’s abrupt revocation of Article 370 in August, "the dissolution of its local elected institutions, and a security crackdown that sharply curtailed civil liberties and included mass arrests of local politicians and activists". "As a result, Kashmir experienced one of the five largest single-year score declines of the past 10 years in Freedom in the World, and its freedom status dropped to Not Free," the report notes.

Finland, Norway, Sweden, the Netherlands and Luxembourg are the top five countries in the free category.

In terms of internet freedom, India fares worse, scoring just 55 and is categorised as "partly free". As per the report, internet freedom has declined for the fourth year in a row in India. "Plagued by the spread of disinformation and its violent effects offline, the government proposed worrisome new rules that would undermine freedom online. Data protection and surveillance issues remained of key concern to Indians during the coverage period; controversies also continued around Aadhaar, the world’s largest biometric identification system, and a problematic draft data protection bill remained in limbo."

It also highlights the spread of fake news and manipulated content, creating political divide. The internet shutdown in Kashmir, has no doubt, contributed to India's performance in terms of internet freedom.

Stating that "democracy and pluralism are under assault" across the world, the report highlights the decline of the US and India. "...the chief executives of the United States and India—the world’s two largest democracies—are increasingly willing to break down institutional safeguards and disregard the rights of critics and minorities as they pursue their populist agendas."

The year 2019 was the 14th consecutive year of decline in global freedom, according to Freedom House. Compared with the previous year, in 2019, individuals in 64 countries experienced deterioration in their political rights and civil liberties while those in just 37 experienced improvements. More than half of the countries that were rated free or not free in 2009 have suffered a net decline in the past decade.