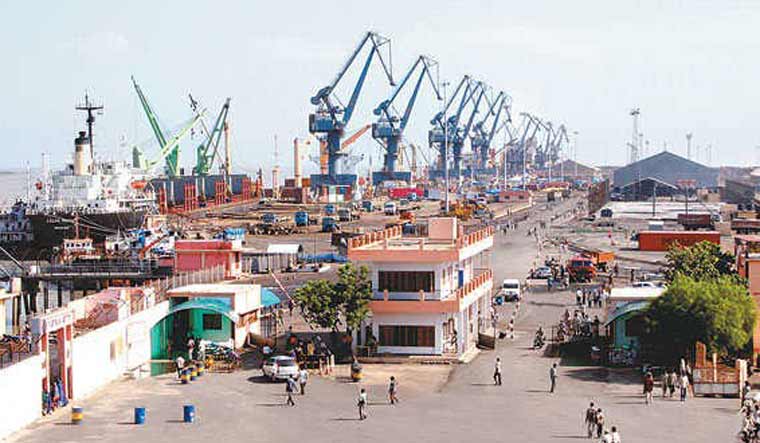 The cargo of a Karachi-bound ship detained at Kandla port in Gujarat's Kutch district has been offloaded and kept in a godown, a senior official of the Deendayal Port Trust, which manages the port, said on Monday.

While there was no official word from any of the security agencies, and Customs, about the nature of the cargo and reasons for unloading, sources claimed the Karachi-bound ship, bearing a Hong Kong flag, was detained after some suspicious cargo was found on board.

"We have shifted the ship to the inner anchorage and unloaded all the cargo it was carrying. We have kept the cargo in godown number 13," said the port official.

The vessel has Chinese crew members and was headed to Karachi in Pakistan from China, port officials said.

The Hindustan Times reported on Monday that the ship was carrying equipment for use in launching ballistic missiles.

The Hindustan Times reported that the ship, which was named Dai Cui Yun, was intercepted on February 3. It had "wrongly" declared "an autoclave, which can be used in the launch process of ballistic missiles, as an industrial dryer".

The ship had reportedly sailed from the port of Jiangyin in China's Jiangsu province.

DRDO experts, who inspected the vessel, found "the industrial autoclave is used for manufacturing composite lining for the solid-fuel ballistic missiles", The Hindustan Times reported. The composite lining is used to withstand high pressure and temperature that is present during the launch process of the missiles.

The incident highlights continuing Chinese assistance to Pakistan's weapons programmes. China remains Pakistan's largest supplier of weaponry. During the Kargil war in 1999, a North Korean ship was impounded at the Kandla Port. The vessel was found carrying parts for missiles.