Arvind Kejriwal sworn in as Delhi CM for third time 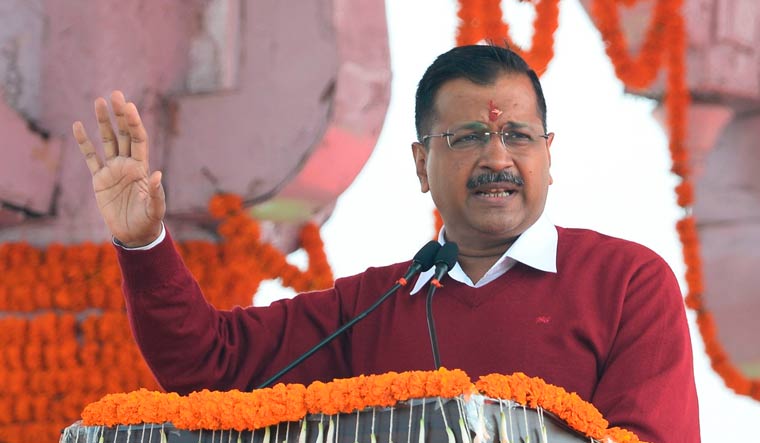 Aam Aadmi Party's Arvind Kejriwal was sworn in as Delhi chief minister for the third successive time at the Ramlila Maidan on Sunday.

Huge number of people gathered at the Ramlila Maidan for the swearing-in as the event is open to public with tight security in place. Kejriwal had urged Delhiites to attend the ceremony to “bless their son”. However, political heavyweights from other states have not been asked to be part of the event as it is a “Delhi-specific ceremony”. The AAP chief has, however, invited Prime Minister Narendra Modi.

After taking oath, Kejriwal spoke to the people gathered at the Ramlila Maidan that he wants to work with Centre to make Delhi the number one city.

“Your son has taken oath for third time as Delhi CM. This is not my victory, but yours,” Kejriwal said. He added that he would forgive his opponents for any remarks they made during the poll campaign.

AAP won 62 seats in the Delhi Assembly elections, while the Bharatiya Janata Party (BJP) won eight seats. Congress repeated its 2015 performance and did not win a single seat in the recent assembly polls.