Kailash Vijayvargiya said Hanuman blesses everyone who goes to him 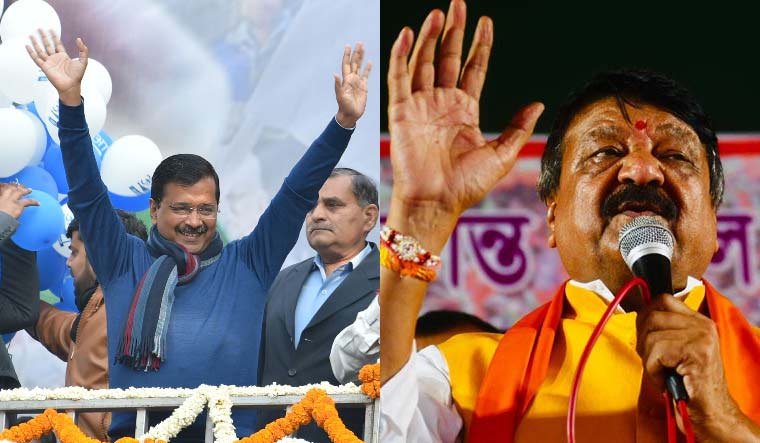 Despite his party experiencing a crushing defeat in the Delhi Assembly elections, BJP general secretary Kailash Vijayvargiya has taken a communally coloured jibe at Delhi Chief Minister Arvind Kejriwal. Vijayvargiya tweeted the ‘Hanuman Chalisa’, a hymn on lord Hanuman, should be introduced in all schools, madrassas and other educational institutions in Delhi.

“.... There is no doubt that Hanuman ji blesses everyone who goes to him. Now the time has come that Hanuman Chalisa recitation should be required in all schools, madrassas and other educational institutions in Delhi. Why are Delhi-based students deprived of his blessings?” the BJP leader with a penchant for controversies tweeted on Wednesday morning. He started his tweet by congratulating Kejriwal for the win.

Kejriwal's recital of the Hanuman Chalisa on a news channel and later his visit to a Hanuman temple in Connaught Place on the eve of polling had made news in the run-up to the bitterly fought Delhi elections.

Despite a high-decibel campaign led by Home Minister Amit Shah that saw several provocative and communal comments beings hurled, the BJP managed to win only five seats more compared with its performance in the 2015 polls, while AAP returned to power with 62 out of 70 seats.

Reacting to Vijayvargiya’s tweet, Madhya Pradesh Congress spokesperson Narendra Saluja said that it is true that Lord Hanuman blesses anyone who goes to him.

“Kailash Vijayvargiya also went to Lord Hanuman during poll campaigning, but it seems he had forgotten to take his shoes off and thus his party could not get the blessings in the poll. BJP should take a lesson from the crushing defeat and remain away from a divisive agenda. They are still into schools-madrassas. During the campaign, they focused on India-Pakistan and the result is for everyone to see,” Saluja said.