Ban imposed on Kunal Kamra by four airlines is the act of a coward, Rahul said 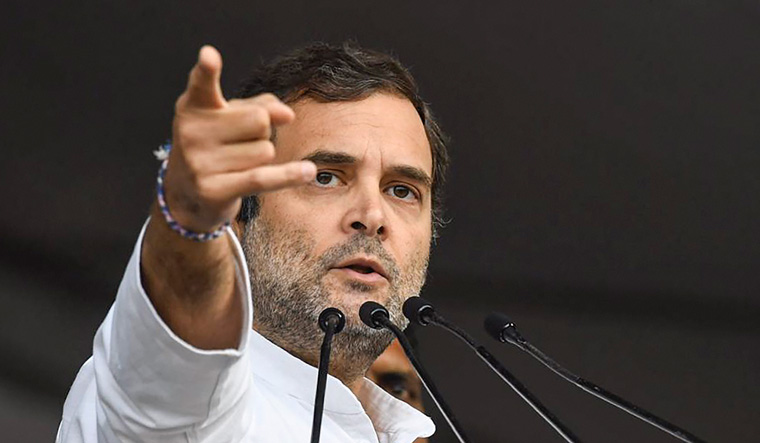 Congress leader Rahul Gandhi on Wednesday came out in support of comedian Kunal Kamra, who has been banned by four airlines for allegedly heckling journalist Arnab Goswami aboard a flight, saying those who use their cameras as "tools of propaganda" should show some spine when the camera is turned on them.

His reaction came after SpiceJet and GoAir banned Kamra from flying with them, a day after IndiGo and Air India suspended him.

"The ban imposed on Kunal Kamra by four airlines is the act of a coward leveraging his influence with the Govt to silence a critic.

"Those who use their 'news' cameras as 24x7 tools of propaganda, should show some spine when the camera is turned on them," Gandhi said on Twitter.

In a video clip posted by Kamra on his Twitter handle, he is seen asking Goswami if he is a "coward or a journalist".

While Goswami can be seen sitting in the plane and watching something on his laptop with his earphones plugged in, Kamra is heard telling him, "You should fight against dynasts like Rahul Gandhi, who I support, on 10 Tughlaq Lane. Arnab, you should have a reply, Arnab. Arnab, are you a coward or are you a journalist?"