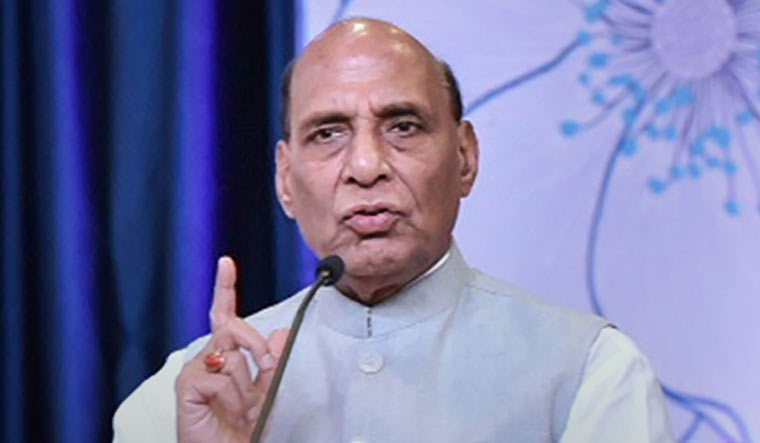 Issuing a stern warning to Pakistan, Defence Minister Rajnath Singh said India is fully capable of giving a firm response to cross-border terrorism, and added that the surgical strike and Balakot airstrike have demonstrated the nation's resolve to defeat terrorism. He was addressing the inaugural session of 12th South Asian Conference at Institute for Defence Studies and Analysis in the national capital.

Singh stated that India was engaged in conversations with its neighbour in order to develop joint approaches for regional peace and security.

Calling upon the member countries of the regional outfit SAARC (South Asian Association for Regional Cooperation) to be united in efforts to defeat terrorism, Singh said, "With the exception of Pakistan, the SAARC countries have adhered to the principles of non-interference in each others' internal affairs and not supporting cross-border terrorism. "

Without naming any country, the defence minister said the full potential of SAARC has not been “realised” due to the behaviour and policies of a single country, and cited how the SAARC motor vehicles agreement was stalled in the last Kathmandu session in 2015.

He further said the same country has preferred to use terrorism as a state policy towards India, rather than peaceful settlement of disputes through dialogue.

"Use of terror as an instrument of its foreign and security policy has promoted radicalism and terrorism in the region and posed critical challenges to security of all states," Singh said and cited the example of Easter terror attacks in April 2019 in Sri Lanka as the latest instance of how dangerous such a policy has been for the region and beyond.

Stressing that the terror attacks in Mumbai, Pathankot, Uri and Pulwama were grim reminders of state-sponsored terrorism by a neighbouring country, Singh said as the largest country in the region, India has always made efforts to share its prosperity with its neighbourhood.

Explaining the essential elements of the government's Neighbourhood First Policy (NFP), he said the mutually beneficial and broad-based approach, comprising both the components of development and security, was inclusive and sensitive to the priorities of the neighbouring countries. He said the government has recognised the neighbourhood as the most important foreign policy priority.

He further said India has always harboured the cultural ethos of brotherhood and the traditional knowledge through Vedas, Upanishad has and Puranas.

Informing that the government has committed about 13.14 billion US dollars in credit lines and about 4 billion US dollars in assistance in the neighbourhood over the last decade, he said India is willing to play a leading and critical role at the development front under NFP, by making resources available to the neighbours to build necessary infrastructure that will enable connectivity and easy flow of region-wide movement of goods, services, people and ideas.

Meanwhile, Prime Minister Narendra Modi, while speaking at a rally of the National Cadet Corps (NCC) in Delhi, too cautioned Pakistan on Tuesday saying "Indian forces do not need more than 1012 days to defeat them (Pakistani forces)." The prime minister also pointed out that the neighbouring nation has lost three wars against India. They have been fighting proxy warns against India since decades, which claimed lives of thousands of civilians and jawans, Modi said.