Katju castigated SC judges for protecting Gogoi, instead of the complainant 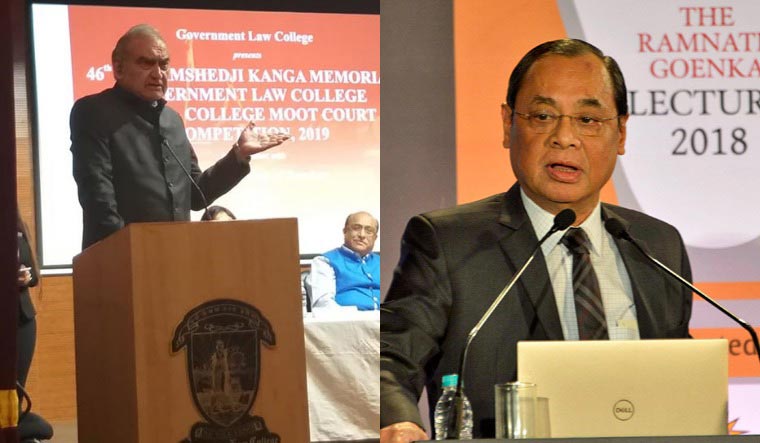 So, it is not surprising that Katju had an opinion when news emerged that the Supreme Court had reinstated a woman who had accused former chief justice of India Ranjan Gogoi of sexual misconduct. The woman, a Supreme Court staffer since 2014, had been dismissed from service in December 2018 when she had been posted to the residence-office of Gogoi. The woman had alleged Gogoi misbehaved with her in October 2018.

Taking to his Facebook account, Katju referred to the reinstatement of the woman by the Supreme Court and alleged Gogoi was a "rascal and a rogue".

Katju wrote, "At last the woman employee who was sexually molested by CJI Gogoi and victimised along with her family has been reinstated. There was no vice which was not in Ranjan Gogoi. And yet this rascal and rogue rose to become CJI. It speaks volumes about our judiciary..."

Katju also lambasted the "brother and sister judges" of the Supreme Court who, instead of seeking to protect the complainant, protected Gogoi.

Katju alleged Gogoi had misused his position as chief justice of India and harassed the woman's family. In a letter to the 22 judges of the Supreme Court in April 2019, the woman had claimed her husband and brother-in-law had been suspended from their positions of constables in the Delhi Police after she was terminated from service. In May 2019, an 'in-house' panel of Supreme Court justices exonerated Gogoi of all the charges against him.

Katju had written in another Facebook post on Wednesday, "How low a man was this rascal Ranjan Gogoi can be seen from the fact that he not only got the woman he sexually molested dismissed because she complained against him, but his vendetta was not thereby satisfied. He went after her whole family, and misusing his position as CJI got them sent to jail. And what about his brother/sister judges? They should have asked Gogoi to resign, but many of them protected him, instead of protecting that poor woman and her relatives. Shame on them."

Katju has had a 'history' with Gogoi. In November 2016, Katju was summoned to the Supreme Court to explain his criticism of a decision of a bench, led by Gogoi, to set aside the death penalty given in the Soumya murder case.

At the hearing, Gogoi issued a contempt of court notice against Katju. Gogoi had even summoned security personnel to escort Katju out after they argued in court, but decided against it after being requested by others. In a Facebook post on the incident, Katju alleged the court hearing was a "pre-arranged drama organised by Gogoi" with the intention to "humiliate" him