How equipped is an Indian airport to screen for coronavirus? THE WEEK finds out 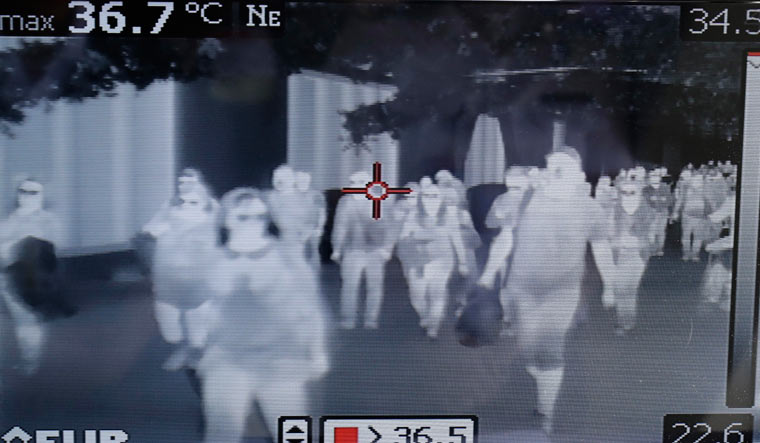 It was a smooth drive from the Great Wall Sheraton Hotel, in downtown Beijing, where a two-member team of THE WEEK was put up, to Terminal 2 of the Beijing International Airport, sans the chaotic traffic the city is generally used to.

Just days ahead of the Chinese New Year Festival, the capital city of China has been gripped by panic about the coronavirus, with almost everyone on the streets wearing masks. Authorities were on high alert, with over 500 people, across the length and breadth of China, confirmed as being infected with coronavirus.

At the Beijing airport, when we arrived, security officials, wearing masks, were seen controlling the crowd. The tension in the air was quite palpable. Nobody smiled, and all that one could see were worried faces.

At the immigration counter at the Beijing airport, we met Saji Thomas and wife Seeba, two Indians who were heading to their hometown, Thiruvananthapuram. Both of them are teachers at an international school in Beijing.

"Only we—the Indians here—are not wearing masks. I see everyone else wearing masks," said Saji. Seeba said the Chinese are used to wearing masks. "It is so much a part of their daily lives. Beijing has dangerously high pollution levels during summers, and everyone at that time wears masks," she explains. She then showed a news report that said the transport system in Wuhan will be closed down on Thursday to prevent the further spread of the coronavirus. Surprisingly, there was no special screening or health check-up at the Beijing airport.

On our way to the immigration counter, we met a former colleague, who is now employed in Beijing, greeting us with a mask on his face. "I am wearing it, because I want my children and parents to be safe, as I will be with them for close to two weeks in Kochi," he said.

We had a short layover in Colombo, on our way back to Kochi. The Chinese passengers, who were staying in Sri Lanka, were being thoroughly checked by a team of doctors and the Sri Lankan Aviation Services officials. On the other hand, we were told to move ahead to the gate to take our connecting flight to Kochi.

At the Colombo airport, I read a report that said the Union ministry of civil aviation had on Wednesday asked seven major airports in India to install equipment to screen people arriving from China. It also said air passengers arriving from China are being asked to fill up self-reporting forms before disembarkation at airports in Delhi, Kolkata, Chennai, Bengaluru, Hyderabad, Mumbai and Kochi. 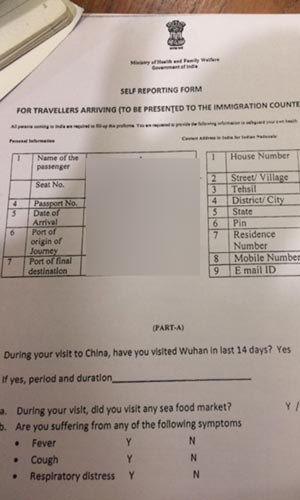 On our arrival at the Kochi airport, we saw a health desk that was managed by two persons wearing masks. We went to them and said we were from China and want to be examined. "Go ahead to the immigration counter and you can move out. You don't need to be examined," said one of them, much to our astonishment.

So, we went to the immigration counter and said that we came from Beijing and want to be examined. It was only then that the immigration officials directed us to another health desk in a corner of the airport, which was apparently run by the ministry of health, Government of India. We told them on how the other health desk had misled us. The official there apologised to us and said such a mistake won't happen again.

The immigration officials had been told to ask passengers whether they had come from the Chinese cities, rather than wait for the passengers to tell the same. “Very few passengers have come from China to Kochi. We are just preparing ourselves," said an immigration official. The health official checked our body temperature with a device and asked us to report to the nearest hospital if we fell ill. They also informed us to contact the number of DISHA, the Kerala state health helpline, if we had doubts regarding coronavirus.

The health ministry has apparently sought details about Chinese citizens who have applied for Indian visas since December 31 from the Indian Embassy in Beijing, so that they could be counselled properly once they reach India.

The self-reporting form asks whether the passenger has "visited Wuhan in the last 14 days" and seeks the period and duration of the visit. Wuhan is regarded as being the epicentre of the coronavirus outbreak.