2 cases of coronavirus confirmed in Hong Kong; Wuhan in lockdown

By Thursday morning, a total of 582 cases of coronavirus have been reported worldwide 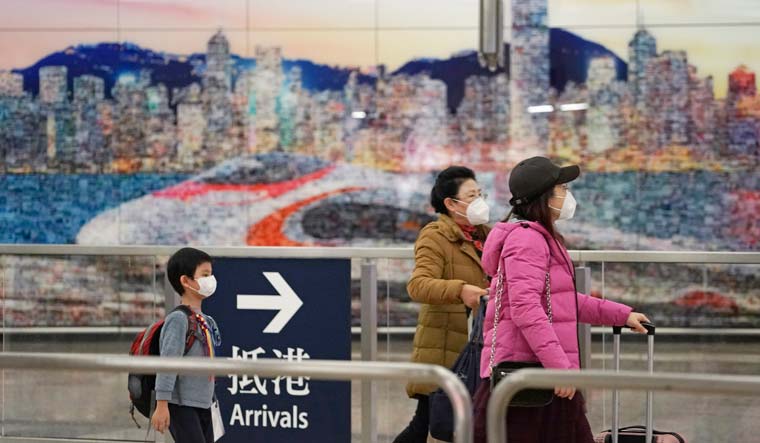 China's health authority on Thursday announced that two cases of the coronavirus had been confirmed in Hong Kong, Chinese state-run media reported.

The South China Morning Post had reported that two people were quarantined on Wednesday after they showed symptoms of coronavirus. They were reported to be a 39-year-old tourist from mainland China and a 56-year-old man who had visited Wuhan—the Chinese city at the centre of the coronavirus outbreak.

The South China Morning Post reported that guests had begun checking out of the Hong Kong hotel where the family of the 39-year-old man had stayed. "The family stayed in the Empire Hotel Kowloon in Tsim Sha Tsui during their brief stopover, before taking Cebu Pacific flight 5J111 to Manila on Wednesday morning," the South China Morning Post reported.

China's state-run Global Times tweeted one of the two confirmed cases was a 56-year-old man, apparently the same individual referred to by the South China Morning Post. "The infected person who is a Hong Kong resident, 56, had gone to Wuhan on Jan 10," Global Times tweeted.

Hong Kong rail operator MTR announced it would suspend sales of high-speed tickets to/from Wuhan. It said train services between Hong Kong and Wuhan would continue, but passengers could avail of a refund.

Meanwhile, media reports indicate that the city of Wuhan has been in 'lockdown' since early on Thursday, when the Chinese government imposed a travel ban to reduce chances of coronavirus spreading.

All public transport—including flights, buses, trains and ferries—stopped movement in Wuhan at 10am on Thursday. Wuhan residents had rushed to railway stations and the airport after the lockdown was announced on Wednesday night even as the government asked residents not to leave without "special reasons".

The South China Morning Post quoted a Wuhan resident as saying, “There are medics screening each car, checking the temperature of all passengers. People are allowed to leave, but the traffic is moving slowly because of the screenings.” Wuhan is one of China's largest cities, with a population of 11 million.

By Thursday morning, a total of 582 cases of coronavirus have been reported worldwide, with China accounting for 571. As many as 17 people have died from the virus.