Why having Brazil's Bolsonaro for Republic Day is shrewd diplomatic move

Bolsonaro will be accompanied by seven ministers and other senior officials 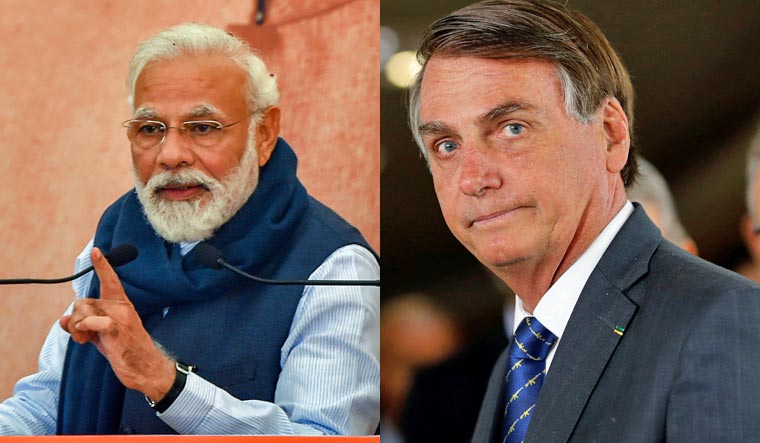 Having reached out in a big way to the neighbourhood, West Asia, Africa, the US and most of Europe in the last term, the Narendra Modi-led government has set its eyes on a South American overture this time. The invitation to Brazilian prime minister Jair Messias Bolsonaro to be the chief guest at the 71st Republic Day Parade is in line with the approach. Brazil is not just the biggest economy in South America, but also a partner in a key multilateral with India, the BRICS, or Brazil Russia India, China South Africa bloc, making it the obvious choice among countries in that region. The two nations are also partners in the G20, which is emerging as the most important multilateral organisation of the times, with the stagnation that has set into the United Nations set up, where reforms to reflect new global realities haven't happened. The two are also partners in the trilateral grouping IBSA (India, Brazil, South Africa).

Getting invited as chief guest to the parade is a big honour, but the Modi government has gone beyond and made it part of a carefully crafted diplomatic statement. Under Modi's rule, the guest list has sometimes been a big coup, as when US President Barack Obama came calling, and sometimes an unexpected package as when all ten heads of the ASEAN were invited.

While India's relations with Brazil have not composed of high optic affairs, here has been a consistency in high-level exchanges. While this is Bolsonaro's first state visit, India has hosted Brazilian presidents as chief guests in the parade in 1996 and 2004. The last presidential visit from Brazil was in 2016 when President Michel Temer came for the VIII BRICS Summit in Goa. Modi himself visited Brasilia in 2019 for the XI BRICS Summit.

Indian investments in Brazil are around ESD six billion, and Brazilian investments in India are at one billion. While business will be a major thrust of the visit, with Bolsonaro also presiding over a business conclave organised by ASSOCHAM, there is a lot more, that the two countries are keen to work on together. Bilateral relations were elevated to a Strategic Partnership n 2006 and are based on ``a common global vision, shared democratic values, and a commitment to foster economic growth of both countries,'' said a statement from the Ministry of External Affairs.