We have freedom of speech but not freedom after the speech: Shashi Tharoor 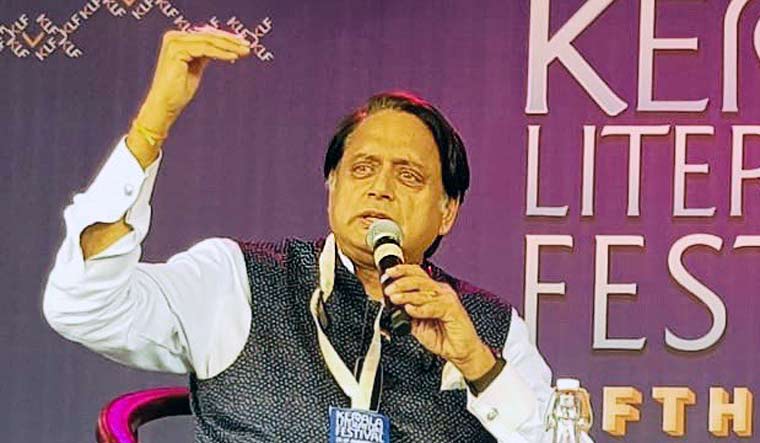 Shashi Tharoor was in the most light-hearted mood on Sunday as he fielded questions from the audience at the Kerala Literature Festival in Kozhikode.

‘’My hair is constantly bothering me. Because ever since I had a head injury, I’ve been forced to comb it the wrong way. I’ve also got deforestation on one side,’’ he said.

While responding to a query from a millennial, Tharoor remembered how his efforts to inject humour in Indian politics ended in disaster. In the beginning of his political career in India, a journalist used the term “cattle class” while asking him a question. ‘

“You can forgive me for thinking there isn’t anything wrong in repeating that in my reply to a question. I had no intention to demonize the airlines squeezing people in like cattle when I used that phrase,” he said. “I lived in the West for about 30 odd years. ‘Cattle class’ is a routine phrase there,” said Tharoor, adding that he was totally taken aback when he learned that it had somehow offended the entire economy class-travelling population in India.

‘’It is very difficult for an Indian politician to start being funny about the opposition. It could ruin the relationship and also imply that he is not taking the responsibility of the job seriously enough. So you won’t find us cracking jokes. We have freedom of speech but not freedom after the speech,’’ said Tharoor.

So does he read all the stuff people say or write about him? “My friends forward me the Shashi Tharoor jokes doing the rounds. I don’t mind good jokes. But then every New Year and every Diwali, there will be some idiot saying Shashi Tharoor sent me a message containing big words which are incomprehensible.”

Answering a question on whether his kids ever feel the pressure of being a celeb dad’s sons, Tharoor replied: “My son Ishaan Tharoor is in Washington Post. He covers foreign affairs. He cannot write anything about India as long as his father is in politics in India. Kanishk is a writer. Whenever he goes to literature fests, the first question he gets is what’s your father’s influence on you and he wants to break free of that shadow.’’

Tharoor observed that a number of young Indians he meets are on a profession they don’t want to be in. That reminds him of a cartoon of a big elephant telling a baby elephant, ”You know my son, I want you to do everything that I was never able to. I was never able to learn to fly. You can imagine the pressure the baby elephant goes through. That’s India. Too much of Indian parenting is like that.”