Yes, I am from the 'tukde tukde gang', says Kanhaiya Kumar

We are not breaking the country. We will break BJP, he said 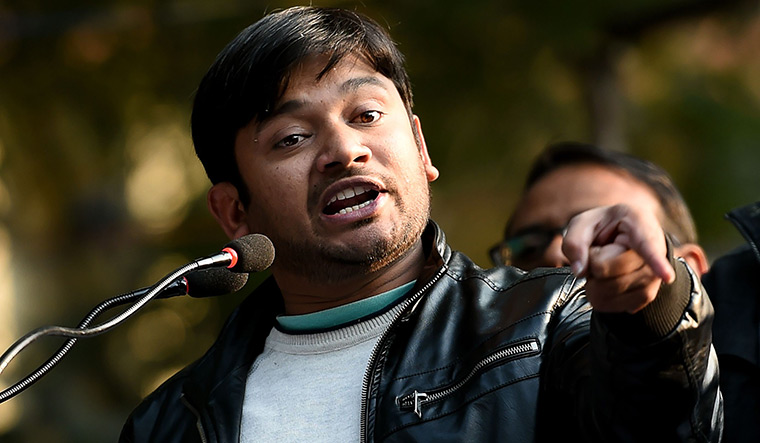 Former president of the Jawaharlal Nehru University Students’ Union (JNUSU) Kanhaiya Kumar took on the BJP government saying there was no tukde tukde gang before 2014.

'Tukde tukde' gang is a term used by the BJP to refer to alleged sympathisers of separatists.

"We are not breaking the country. We will break BJP," he further said and pointed out that there was no tukde tukde gang before 2014.

A delegation of teachers and four JNUSU office bearers had gone to meet senior officials of the HRD ministry in connection with the incident of violence in JNU where a group of masked men, armed with rods and sledgehammers, unleashed mayhem.

"We have talked about what happened in JNU, but we also need to understand why one university is being defamed time and again. Why those standing with them too are branded as anti-national," Kumar was quoted as saying.

He said said Deepika Padukone, who visited the JNU campus to extend support to the agitating students recently, was considered patriotic when she was an ambassador for a Modi government initiative but turned anti-national after visiting JNU.

Padukone and shuttler P.V. Sindhu were on October 22 last year named ambassadors for 'Bharat Ki Laxmi', an initiative by the Modi government aimed at bringing to light the commendable work done by women across the nation ahead of the festival of Diwali.