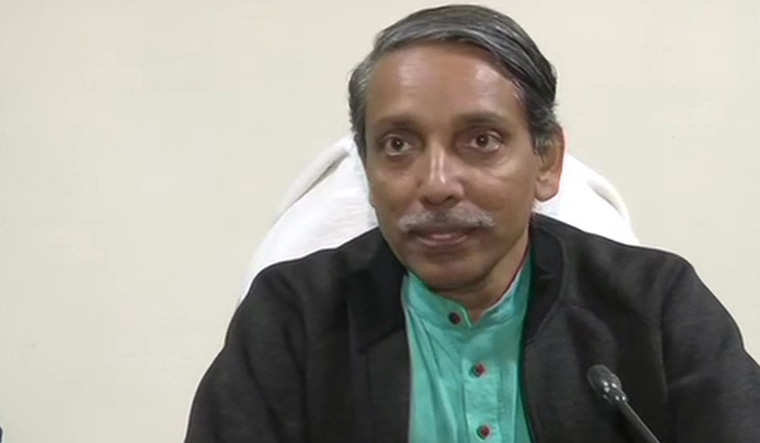 1. Around 100 MPs will write to president demanding sacking of JNU VC

CPI(M) leader Sitaram Yechury said around 100 MPs will write a letter to President Ram Nath Kovind demanding sacking of the Jawaharlal Nehru University (JNU) vice chancellor (VC). He was addressing a public meeting organised by the teachers' association and students' union of the university. "Many members of Parliament, around 100 of them, have been contacted, and they have decided to write a letter to the president, who is the the visitor to the university, demanding sacking of the VC," Yechury said. His words received a loud cheer from students. Under fire from students and faculty members for not doing enough when they were brutally attacked by a masked mob on the campus on Sunday evening, JNU VC M. Jagadesh Kumar urged the students to put the past behind them and return to the university premises.

A lawsuit was filed against Deepika Padukone-starrer Chhapaak by writer Rakesh Bharti claiming he originally penned a story on the life of an acid attack survivor on which the film is based. Copyright cannot be claimed on true events and incidents, Chhapaak movie director Meghna Gulzar told the Bombay High Court, which posted the case for hearing today. Gulzar filed an affidavit in response to the suit filed by Bharti, who sought credit as one of the writers of the film. The affidavit, filed through Naik Naik and Company's advocates Ameet Naik and Madhu Gadodia, said the suit was "wholly misconceived, frivolous, legally untenable and unmeritorious". The suit fails to make out any case of copyright infringement, the affidavit said, adding information available in public domain is not protected under Copyright Act. "In the present case, the plaintiff (Bharti) has sought protection of an idea of a film based on the story of an acid attack survivor Laxmi Agarwal," Gulzar said in the affidavit. True facts and events are not entitled to copyright protection, the affidavit added. The director further said the suit has been filed with ulterior motives to gain undue publicity and to obstruct the release of the movie Chhapaak.

A nationwide strike by 10 central trade unions—AITUC, HMS, CITU, AIUTUC, SEWA, AICCTU, LPF and UTUC—will be held today "to protest against the anti-labour policies" of the government. The left parties have supported the strike. Several farmers and agricultural workers' unions will also extend support to the strike and observe January 8 as 'Gramin Bharat Bandh'. Hitting out at the Prime Minister Narendra Modi-led government over its economic policies, CPI leader D. Raja said ever since the BJP government came to power in 2014, it has been aggressively pursuing economic policies that have brought "disaster to our economy". The government has repeatedly claimed that the economy is doing well. In fact, the economy has been sliding down, he said. Raja also released a paper titled "Comforting the Rich, Confronting the Poor". "The prices of all essential items are going up unabated and there is unprecedented unemployment in the country. All this is the result of misrule and mismanagement of the economy by the BJP-led NDA government and their continued anti-people economic policies," he said.

The Harvey Weinstein sex trials case kicked off, with the proceedings expected to last six weeks. This could see the once-mighty Hollywood producer jailed for life if convicted on charges of predatory sexual assault. The disgraced movie mogul entered the New York state courthouse wearing a dark suit and using a walker, more than two years after a slew of allegations against him triggered the #MeToo movement that led to the downfall of dozens of powerful men. Protestors led by actress Rosanna Arquette—one of Weinstein's most prominent accusers—gathered outside the Manhattan court wielding signs with slogans like "Justice for survivors." Almost 90 women, including Angelina Jolie and Gwyneth Paltrow, have accused the 67-year-old of sexual misconduct since The New York Times detailed claims against him in October 2017. But Weinstein, once one of Hollywood's most influential people, is being tried on charges related to just two women, highlighting the difficulty of building cases around incidents that took place years ago. Former production assistant Mimi Haleyi alleges that the Pulp Fiction producer forcibly performed oral sex on her in his New York apartment in July 2006. The second alleged victim is anonymous. She says Weinstein, the co-founder of Miramax Films, raped her in a New York hotel room in March 2013. The Sopranos actress Annabella Sciorra will also give evidence as the prosecution seeks to convince the jury that Weinstein engaged in a pattern of predatory sexual behaviour.

Oil prices spiked today, rising over 4.5 per cent at one point after Iran fired a barrage of ballistic missiles against two airbases in Iraq used by US and coalition forces. The benchmark WTI jumped as much as 4.53 percent to $65.54 a barrel before settling down slightly after Iran unleashed its first response to the US assassination of military commander Qasem Soleimani. At least nine rockets slammed into an Iraqi airbase in the country's west early today where US and coalition forces are based. CNN reported a Pentagon statement pinning the blame on Iran. BBC reported that Iran's Revolutionary Guard said the attack was in retaliation for the death of Soleimani on Friday. "We are warning all American allies, who gave their bases to its terrorist army, that any territory that is the starting point of aggressive acts against Iran will be targeted."

K.L. Rahul maintained his upper hand over Shikhar Dhawan in the race for the opener's slot with a classy knock as India outplayed Sri Lanka by seven wickets in the second T20 International. The convincing win gave the hosts an unassailable 1-0 lead in the three-match series. After reducing an inexperienced Sri Lanka to 142 for nine, Rahul (45 off 32) provided a perfect start, taking India to 54 for no loss in six overs. Eventually, Virat Kohli (30 not out off 17) and Shreyas Iyer (34 off 26), who batted ahead of the skipper at number three, fired India home in 17.3 overs.  Iyer fell just before India crossed the finishing line as Kohli finished things with a spectacular six over deep fine leg. The third and final game of the series will be played in Pune on Friday. Dhawan (32 off 29), returning to action after missing the limited overs series against the West Indies due to injury, was not at his fluent best and could not keep up with Rahul at the other end.

7. FC Goa look to get back on track against NorthEast United

FC Goa would look to return to winning ways after their previous match defeat when they host NorthEast United FC in an Indian Super League clash at the Jawaharlal Nehru Stadium today. FC Goa's four-match winning streak was broken by defending champions Bengaluru FC last week but a win against NorthEast on Wednesday will send them to the top of the points table. NorthEast United, on the other hand, are desperate for a victory as they last won a match more than two months ago. FC Goa have not lost a game when they scored first and the onus will be on Kai Heerings and Mislav Komorski to contain Ferran Corominas who has already netted seven times in eight matches. "NorthEast is a very good team. If we do not play 100 percent, I'm sure it is not going to be easy," said FC Goa coach Sergio Lobera. The Gaurs have been prolific with set-pieces as well and have already netted 10 goals from dead-ball situations. Robert Jarni's Guwahati-based side are eighth on the table and goal scoring has been a major issue for them. They have only nine goals in their kitty, the lowest in the league. Although they have a talismanic striker in Asamoah Gyan, who remains their best scorer with four goals, other players have not really contributed. The return of Uruguayan striker Federico Gallego will be a major boost to their attack, and should he combine well with Gyan, it can resolve their woes upfront.