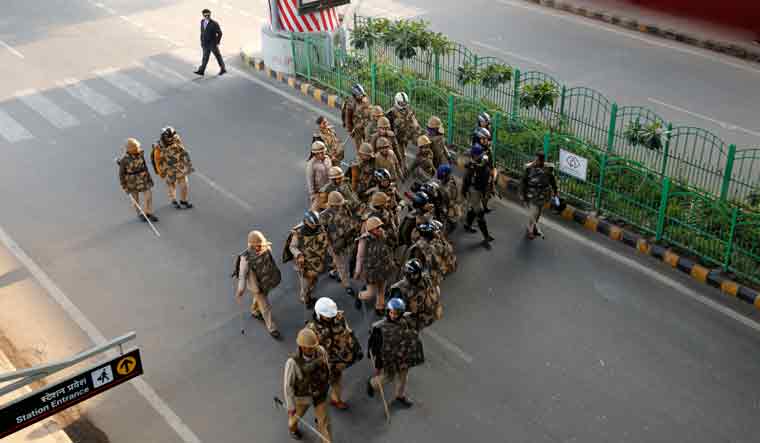 Police patrol a street in Lucknow on Sunday | AP

The UP Police has been accused of smashing CCTV cameras at private shops in Muslim-dominated neighbourhoods of Meerut where the cops have been accused of resorting to violence against protesters. In CCTV footages reviewed and released by Reuters from two cameras on shops in Meerut's Lisari Gate area, the videos end abruptly after policemen waving batons were seen trying to hit the cameras.

The Reuters report cited residents alleging that the police broke several CCTV cameras in the area before the violence began on December 20 after Friday prayers. The report also cited Akhilesh Singh, Meerut City SP, saying his police had not destroyed any cameras and that all of the victims were involved in what he called rioting.

However, the video footages clearly tell a different story.

Adityanath had said that the wrong-doers would be identified with the help of CCTV footage, video clips and photographs.

Meerut has become a hotbed of tensions as at least four deaths have taken place there following police crackdown on protesters agitating against the controversial Citizenship Amendment Act (CAA) and National Register of Citizens (NRC). The official version has put the death toll in police clashes across the state at 19, with more than 1,100 people are under arrest and 5,558 kept in preventive detention following violence related to the anti-citizenship amendment act protests.

Meanwhile, a number of people claimed that the UP police damaged private properties, including entering homes of alleged protesters and looting money and valuables.

With the release of the videos, it would be interesting to see if the government would be initiating any action against the police for damaging private properties.