Explainer: What is the contentious NPR, and is it a prelude to the NRC? 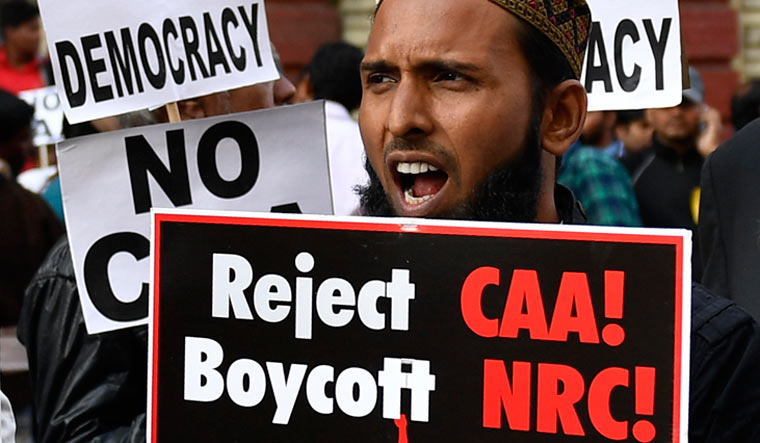 The government on Tuesday approved nearly Rs 12,700 crore for carrying out the all-important Census 2021, and the National Population Register (NPR), making it clear that NPR has no relation with the contentious National Register of Citizens amidst stiff opposition against the NRC. Home ministry officials said "at present there is no proposal to create the NRC in the country based on the NPR data". The Union cabinet, headed by Prime Minister Narendra Modi, cleared the proposal for conducting the Census 2021 at a cost of Rs 8,754.23 crore and updating the NPR at a cost of Rs 3,941.35 crore. Briefing reporters, Union Minister Prakash Javadekar asserted that the NPR, to be carried out along with the first phase of the Census 2021 from April to September next year, has no relation with the NRC. "There is no relation [of NPR] with the NRC [dur-dur tak NRC se koi sambhand nahi hain]," he said.

Javadekar said while updating the NPR, the government will not seek any document from the people nor any biometric data. "Whatever the citizens will give, we will accept in the form of self declaration," he added. However, according to the official website of the Registrar General and Census Commissioner, "the objective of the NPR is to create a comprehensive identity database of every usual resident in the country. The database would contain demographic as well as biometric particulars".

However, with the Congress party and opposition leaders like the CPI(M) coming out firmly against the exercise, and states like Kerala and West Bengal outright refusing to implement the scheme, here is a brief explainer for the now-controversial exercise:

The NPR is a list of "usual residents" of the country. A "usual resident" is defined for the purposes of NPR as a person who has resided in a local area for the past six months or more or a person who intends to reside in that area for the next six months or more. In 2010, the data for NPR was collected along with the house-listing phase of Census of India 2011. The data was updated in 2015 by conducting door-to-door survey.

Currently, it has been decided to update the NPR along with the house-listing phase of Census 2021 during April to September 2020 in all the states/union territories except Assam, according to the website of the Office of the Registrar General, and Census Commissioner. A gazette notification to this effect was issued in August this year. The next decennial Census is due in 2021 and would be conducted in two phases: house listing or housing census from April to September, 2020, and population enumeration from February 9 to February 28, 2021.

The NPR will be prepared at the local (village/sub-town), sub-district, district, state and national level under provisions of the Citizenship Act 1955 and the Citizenship (Registration of Citizens and issue of National Identity Cards) Rules, 2003. It is mandatory for every usual resident of India to register in the NPR.

The objective of the NPR is to create a comprehensive identity database of every usual resident in the country. The database would contain demographic as well as biometric particulars.

Why the opposition to NPR?

Most of the opposition parties see the NPR as a prelude to the contentious National Register of Citizens (NRC), which has been opposed from multiple quarters—even by NDA allies like the JD(U). A Scroll.in investigation also found that, for the first time, the NPR questionnaire asked details like the birthplace of parents, "information crucial to determine citizenship in India and thus would feed into the NRC".

BJP leaders claimed there was no connection between the NPR and a pan-India NRC. But, there are some contesting documents.

In July 2014, the then Minister of State for Home Kiren Rijiju had informed Rajya Sabha in a written reply that "the government has now decided to create the National Register of Indian Citizens (NRIC) based on the information collected under the scheme of NPR by verifying the citizenship status of all individuals in the country".

The annual home ministry report 2018-19, accessed by THE WEEK, has this statement: The RG&CCI also discharges the statutory function of the Registrar General of Citizens Registration (RGCR) under the Citizenship Act, 1955 and the Citizenship (Registration and Issue of National Identity Cards) Rules, 2003. The National Population Register (NPR) is the first step towards the creation of the National Register of Indian Citizens (NRIC) under the provisions of the aforementioned Statute.

The same query has been raised by opposition parties including the Congress.

The BJP accused the opposition of carrying out a false propaganda on the National Register of Citizens(NRC) to malign the Modi government. BJP general secretary Ram Madhav said neither the CAA nor the NPR has any link with the NRC and alleged that the opposition is carrying out a false propaganda to malign the Modi government. "The prime minister has made it clear that there is no link between the CAA or the NPR and the NRC. It is premature to discuss what will happen when NRC comes... so far, there has been no discussion on the NRC," Madhav told reporters in Srinagar. Madhav said a false propaganda has been unleashed by the opposition parties to malign the the Centre as they have no issues to raise. "NPR is a routine exercise which was first started by the UPA government in 2010 but had to be reviewed in 2015 as the first exercise was not extensive. NPR is an extension of the Census which will be next held in 2021," he said.

Union Minister Javadekar said the exercise was first initiated in 2010 during UPA regime and the then Prime Minister Manmohan Singh had distributed cards to those who were registered under the NPR.  The minister said various state governments, including Tamil Nadu, West Bengal Odisha and Mizoram, have used NPR data to identify beneficiaries of different welfare schemes. The data will be used for schemes such as Ayushman Bharat, Pradhan Mantri Awas Yojana, Ujjvala and Saubhagya for identifying the intended beneficiaries.

The Kerala government on Friday said it has ordered a stay on all activities in connection with the National Population Register (NPR) in the state considering 'apprehensions' of public that it would lead to NRC in the wake of the controversial citizenship act. While a government order said the NPR had been put on hold in view of apprehensions that it would lead to the National Register of Citizens (NRC), a statement from the Chief Minister's Office said the action was taken as the NPR "deviates from Constitutional values" and also because the matter was before the Supreme Court. West Bengal's Mamata Banerjee had similarly put halt on its implementation.

The Congress on Thursday accused the BJP government of trying to bring in the National Register of Citizens in the garb of the National Population Register, saying it is evident from the fact that NRC-related questions are being asked in pre-test forms for the NPR. Senior Congress spokesperson Ajay Maken said the government should answer categorically why citizens are being asked the NRC-related questions in the NPR's pre-test forms.

Maken also said the Congress had only taken the first step for having a national population register, but the BJP is now seeking to link it to the NRC, which the Congress never wanted. Maken said the questions being asked in the NPR pre-test questionnaire are not required for the exercise. He said the questions added now in pre-test forms, which are in circulation now, are the ones required for the NRC and in no way are they required for usual residents. "The definition of usual resident does not require the additional information which they are seeking now. So, for usual residents why are they seeking additional information which is not required at all?" he asked.

Senior Congress leader P. Chidambaram also alleged that the NPR approved by the BJP government was different and "dangerous" in terms of the "text and context" of the data collection done in 2010.

Other parties like the DMK and CPI(M) have also come out strongly against the exercise.