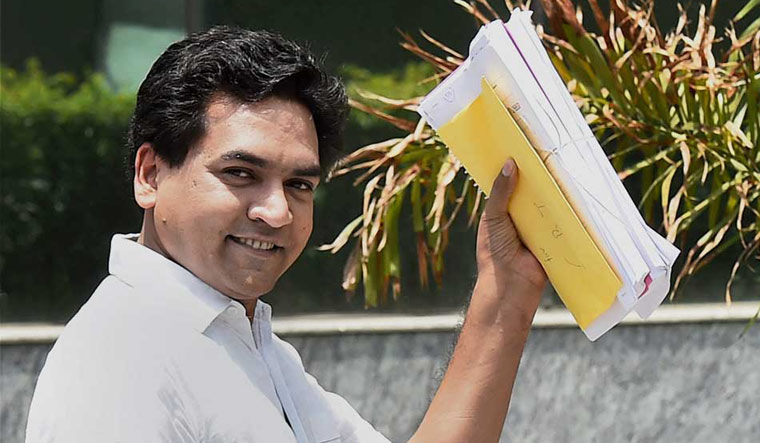 Former Aam Aadmi Party (AAP) minister Kapil Mishra is in the news for making provocative statements, again. Mishra, who joined the BJP in August this year, led a march of a large crowd of supporters of the Citizenship (Amendment) Act on Friday night even as Section 144 was in place.

At the march, a video clip of which Mishra uploaded on his Twitter handle, people can be heard chanting, “Shoot the traitors,” in an apparent reference to opponents of the Citizenship (Amendment) Act.

When filmaker Anurag Kashyap asked why Section 144 did not apply to Mishra's march, the BJP leader retorted, "Why is there pain when there is talk of shooting violent traitors?"

Referring to Mishra's march, the Delhi unit of the Youth Congress asked the Delhi Police whether lathi-charge and bullets were only to be used on innocent students.

Mishra had also figured in a video uploaded by the Delhi unit of the BJP on the ongoing protests against the Citizenship Act. The video was shared by the Delhi BJP unit's Twitter handle of Friday.

In the video, Mishra claims while the protesters are being called innocent students, they are using slogans that were in use during Partition. Mishra claimed the protesters at AMU, Jamia Millia Islamia and at Seelampur had chanted religious slogans, which he alleged were used by Kashmiri militants and even ISIS.

Mishra also levelled allegations against Aysha Renna and Ladeeda Farzana, two prominent faces of the protests at Jamia Millia Islamia a week ago. Mishra alleged Aysha and Farzana were openly writing in Facebook that Afzal Guru and Yakub Memon were their heroes and they did not accept secularism.