He said the bill was aimed at making Muslims "stateless" 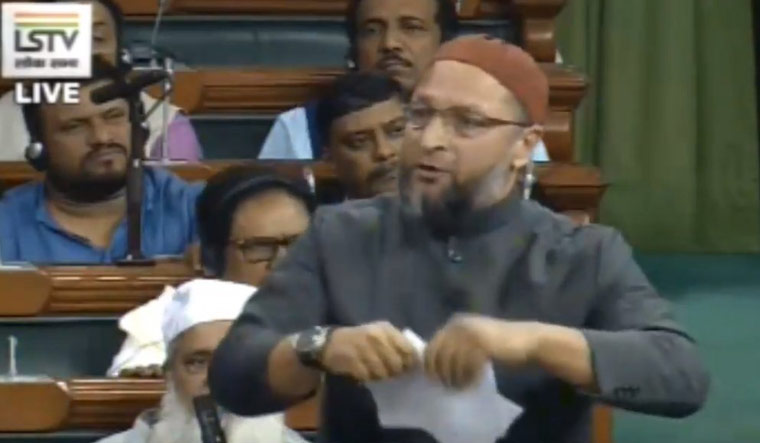 AIMIM MP Asaduddin Owaisi on Monday launched a blistering attack on the Union government in Lok Sabha over the Citizenship (Amendment) Bill, saying it was aimed at making Muslims "stateless" and would lead to another partition.

Invoking Mahatma Gandhi, Owaisi said he was called Mahatma after he tore the discriminatory citizenship card in South Africa, and the Hyderabad MP then ripped the copy of the bill to highlight his protest, inviting sharp reactions from the treasury benches which described his act an "insult" to Parliament.

The bill is an insult to India's freedom fighters, Owaisi retorted, accusing the BJP-led government of working to marginalise Muslims in the country.

Owaisi alleged the bill was worse than the discriminatory laws brought by Hitler in Germany.

"The bill is against the Constitution.... It is a conspiracy to make Muslims stateless," Owaisi said during the debate in the lower house, questioning the government as to why it had not included countries like China, which occupies parts of India and other countries.

"Are you afraid of China?" he asked.