Raut declared no MLAs of the Shiv Sena, Congress or NCP would cross sides 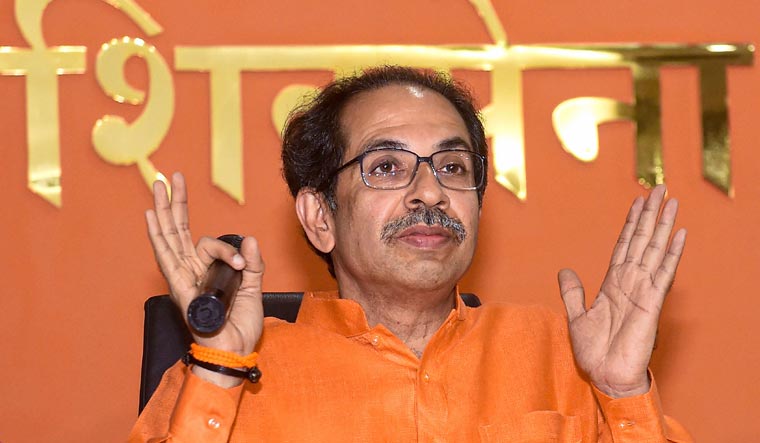 There have been no talks yet between RSS chief Mohan Bhagwat and Shiv Sena president Uddhav Thackeray on government formation in Maharashtra, Sena leader Sanjay Raut said on Thursday.

Talking to reporters in Mumbai ahead of the meeting of Shiv Sena MLAs with Thackeray, Raut said legislators of his party and the opposition Congress and NCP "would not cross sides".

"There have been no talks yet between Bhagwat and Thackeray," the Rajya Sabha member said.

Asked whether he represented views of his party amid the logjam over government formation in the state, Raut said, "I put forth views of Uddhav Thackeray."

The BJP and the Shiv Sena are engaged in a bitter tug of war over the latter's demand for equal distribution of portfolios and sharing the chief minister's post.

The BJP has rejected the Shiv Sena's demand for sharing the chief minister's post for two-and-a-half years each.

The tenure of the present Assembly ends on November 9.

Sources from both the parties on Wednesday said back-channel talks were on between the two old but often-feuding Hindutva allies and a breakthrough was expected.