Replug: Why the temple, mosque issue remains a conundrum 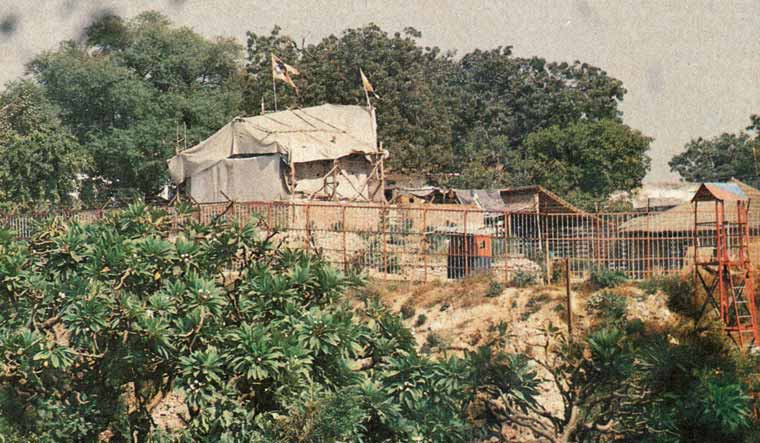 This story initially appeared in THE WEEK's issue dated December 5, 1993

When it comes to handling the Ayodhya issue, the Centre is clear about what to do: do nothing until the Supreme Court delivers the 'advice' sought by the President on whether a temple had existed at the disputed spot or not.
Since the Supreme Court is yet to begin hearing on the Presidential reference, the Centre has no option but to remain low key. Meanwhile, the Ayodhya cell under the PMO (Prime Minister's Office) has been accused of being ineffective in finding a solution to the dispute. "But this cell is only a secretarial device, not a ministry or even a department," says a bureaucrat associated with it.

According to him, the cell is only assisting the PMO arid coordinating the work of the home and law ministries on matters relating to Ayodhya. It has three full-time members: joint secretaries Nishikant Sinha (PMO), Vinod Dhal (home ministry) and Dr S.C. Jain (law ministry).
Not that the Centre has left the matter entirely to the Supreme Court. It appears to be banking a lot on the Shankaracharyas. Their Sringeri summit had made a beginning, though the results were not up to the Centre's expectations. But mobilisation of holy men is continuing.

The meeting of some mahants and sants in Fatehpur in Rajasthan in October, however, did not help much. The meeting passed off without making any Impact. But unlike the Som Yagna of godman Chandraswami, it did no damage.
The Centre's moves to beat the VHP in its own game have yet not succeeded because the Shankaracharyas have simmering differences among them. Swami Nischalananda, the seer of Puri, is known to be close to the VHP, while Swami Swaroopananda of Dwarka has Congress leanings and the head of the Kanchi mutt, Swami Jayendra Saraswati, has had close links with the ruling party. But the officials handling the issue are not bothered about these differences.

The problem is, who will bell the cat? Coming forward to take the initiative to form the two trusts—one for the temple and the other for the mosque— is not an easy step, the actual formation of the trusts being tougher. However, the government moves are carefully planned in the direction of roping in the Shankaracharyas. “One you net the seers the rest follows,” says an official connected with the Ayodhya cell. But the Shankaracharyas themselves have come under attack. Already some of them are called government sponsored swamis; now there is a quiet move to play on their Saivite identity. The poser is: how can a Saivite initiate moves for a temple for Rama, who being an incarnation of Vishnu is a Vaishnavite? But, as the official said, the “BJP is in a dilemma as its leaders do not want to seen insulting the Shankaracharyas.”

The Congress is quiet about its plans to counter any VHP move for constructing the temple. “Our policy is very clearly laid out and we are awaiting for the Supreme Court's advice,” says V.N. Gadgil, AICC spokesman. In one of his elections speeches, Prime Minister P.V. Narasimha Rao made a reference to the temple in that election meeting but he was silent on the mosque. Will the temple be built on spot where the make-shift shrine stands? The Centre has no idea.