Started with just 5 students, this Lucknow school is now the 'world's largest' 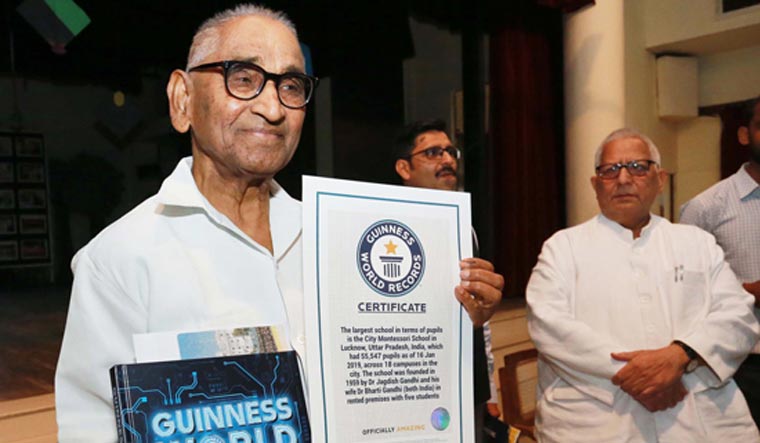 A Lucknow-based school has bagged the Guinness World Record after it became the 'world's largest' school in terms of strength of students. City Montessori School (CMS) which, according to its founder Jagdish Gandhi, started with just five students, now has 55,547 students on roll.

“I started this school with just five children, and I never imagined that one day it would become the largest school in the world. All of this has been possible due to the blessings of the parents who sent their children to our school,” Gandhi told news agency ANI.

CMS has 18 campuses all over the city.

Meanwhile, a statement issued by the school on its website claims that the CMS was first included in the Guinness Book of World Records in 1999.

“First time, in the year 1999, CMS was included in the Guinness Book of World Record due to its 22,612 students on roll, as the 'World's Largest School' and till date after nearly 20 years, this record is with CMS only,” it said.

Gandhi said that his school helped students to be balanced in physical, social and spiritual knowledge. “We also teach them human education and the importance of peace and unity. Our students are highly adept in physical knowledge and fully capable of clearing the global examinations,” the ANI quoted him as saying.