Rise of the pseudo liberals in India 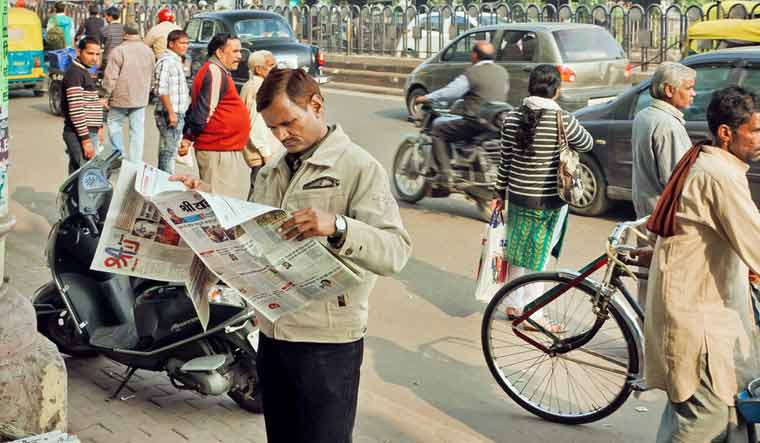 I was recently accused of being a pseudo feminist. Here's why. While talking on the Sabarimala issue, I said, women who are ready to wait were not anti-feminist, but merely were respecting tradition. A colleague of mine rightly countered me by pointing out how I had made my feelings against triple talaq heard. It really got me thinking. While justifying the need for religious traditions to coexist in a democracy, I might proudly wear the badge of being a liberal. By openly critiquing Mahatma Gandhi and by opposing to Veer Savarkar's ideology, a section of today's voters call themselves moderates.

But in reality, who are we, if not pseudo liberals or pseudo feminists? In the age of Modi-Trump-Johnson politics (all right-leaning leaders belonging to conservative parties), it definitely feels like the right thing to do, to raise our voice of dissent, of disgruntlement towards the government. The Modi government wants to confer Bharat Ratna on Veer Savarkar? Lets list all the Hindu-oriented ideologies he preached or let's recall how he justified use of rape as a weapon of war.

Article 370 abrogated? Let's raise voices without considering what people in the state actually want. When a BJP leader urges people to buy swords, while awaiting verdict on the Ayodhya case we cringe; suggest that the land be divided equally and let there be a mosque as well as a temple erected on it.

To be honest, I was raised in a household that was proud to be Hindu and did not have high opinions about those belonging to other religions. I was asked not to walk through the 'Muslim galli' especially after dark. My husband grew up in Kerala and has some egalitarian ideologies instilled. At least he and his family have no ill feelings or prejudice against people belonging to other religions or other castes. So maybe my thoughts evolved with time and while I am actually a modern feminist who believes in equality and the idea of coexistence, going by my grooming I should be an adarsh nari who is pro BJP?

Instead, why can't I be a moderate. Scores of those belonging to my generation or born between the late 70s and late 80s are surely at a juncture when they are questioning their values. On my last trip to Mumbai, I met with two groups of friends. One, a bunch of women I grew up with, all of them doing quite well career-wise, have a healthy work-family balance, in the thirties. Most of them (to my astonishment) were pro the BJP government. They proudly parroted the economic benefits their beloved Modi sarkaar brought about including lowering corruption (in perceived corruption in the public sector in 2018, India is 78th among 180 countries compared to 85 among 175 countries in the 2014).

The other group, the bunch I went to college with, most of them single, living in prime residential areas between Juhu and Bandra, were unhappy with the government, bashed it on numerous issues that affected them locally like potholes that inconvenienced commute and the Aarey issue, drainage problems and more. Personally, I would like to identify myself with the second bunch. Nope, not because they seem the 'cooler', 'more intellectual' type. Because they seem like a voice of reason and not one derived from emotion. They were talking of everyday issues faced by everyday people, rather than of the parallel changes that make us look good on a macro level— confused? Don't be. Democracy should not be catering to a single stratum of a society. It should benefit people from all classes.

Drainage problems should be resolved so that the homeless who sleep on the street, the stray dogs, the cattle don't get swept away and thousands of lives aren't lost. Not just because water causes damage to cars and other vehicles of middle class/ upper middle class families. On the other hand, economic and sustainable housing should be made available to those who cannot afford it so that people aren't living on the streets in the first place. While, swamps should not be reclaimed nor should trees be cut down illegally to accommodate them, as it could prove to be harmful to the environment and cause the flooding that we want to avoid — makes sense? I hope so!

Coming back to my question. Why can't we belong to a generation who oppose triple talaq, a practice where women have very little or no say, while not agreeing with the Sabarimala verdict because that does not further women's equality in anyway. Here is to the moderates!