Why I extended 1-month visas of Pakistanis to 5 years: Justice Katju

Justice Katju declares that he regarded all Pakistanis as Indians 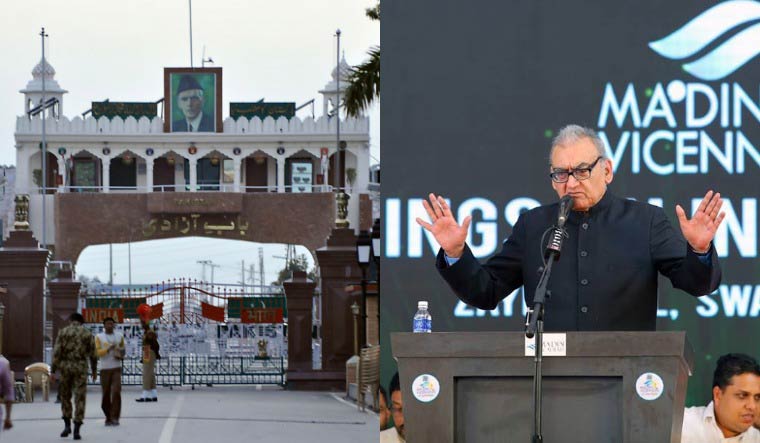 When I was a justice of the Allahabad High Court, a large number of writ petitions were filed before me by Pakistani nationals who were on one-month visas to India. When their visas' validity expired, they were served with deportation orders by the Indian authorities for not going back to Pakistan.

These Pakistani nationals challenged their deportation orders in the Allahabad High Court, and in all these cases, I gave a month's time to the government to file a counter-affidavit, and passed this interim order "The petitioner will not be deported till further orders.”

In substance, this meant that the one-month executive visa granted by the Ministry of External Affairs had been converted into a 5-year visa by my judicial order. This was because in view of the heavy pendency of cases in the Allahabad High Court (about a million cases), a case in which some order was passed would next be listed after about five years. In the meantime, my interim order would continue.

Why did I do this? I can reveal the secret now since I have retired.

Most of these Pakistanis who came on one-month visas to India were old people in their 60s or 70s. They were Mohajirs—persons who had migrated in their youth from India in 1947 or so in their emotional zeal to become part of an 'Islamic republic' or out of fear of being persecuted in India on account of their religion.

But many of these Mohajirs had left behind relatives, and, in the evening of their lives, wanted to return to the land of their birth and live with their brothers, sisters, cousins, nephews, nieces and others.

Their plight has been described in vivid detail by the great Indian Urdu poet Munawwar Rana in his book Mohajirnama, with lines such as Mohajir hain, magar hum ek duniya chhod aaye hain.

Now, I have never accepted the Partition of India, and have repeatedly said that it was a historical British swindle (see my article The Truth about Pakistan). I regard Pakistan as a fake, artificial country, which is part of India, and will definitely be reunited with India one day under a truly secular government (not the Akhand Bharat of the RSS, which implies a Hindu-dominated India).

So, I regard all Pakistanis as Indians. It follows that when a Pakistani comes to India, it is really an Indian who has come to India. How then can he be deported from India? Of course, I did not say this in my orders, but this was really what was in my mind while passing such orders.