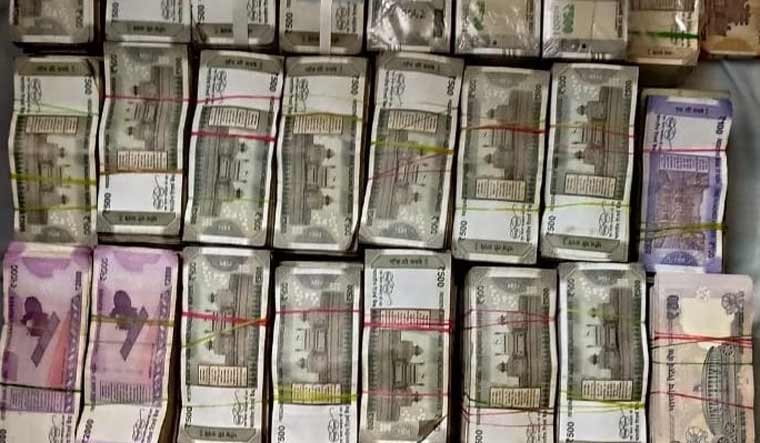 Cash seized by IT officials from an institution run by G. Parameshwara | Twitter handle of ANI

PTI reported on Friday morning that the Income Tax Department had seized about Rs 5 crore in cash during raids against Parameshwara and others since Thursday. Income Tax officials were searching the premises of the Siddhartha Medical College in Bengaluru on Friday, ANI reported.

According to media reports, at least 25 premises have been searched by the more than 300 Income Tax Department officials as part of a probe into the alleged sale of 'government quota' seats in three institutions and tax evasion. The Hindustan Times reported on Friday two of these institutions are affiliated to the Sri Siddhartha Academy of Higher Education, run by Parameshwara. The third college is affiliated to the Sri Devraj Urs Academy of Higher Education and Research, run by R.L. Jalappa, another Congress politician. An institution run by Jalappa's son was subject to IT raids on Thursday.

All these colleges were deemed universities that were mandated to fill seats on the basis of merit and authorities suspect seats were sold at high prices after counselling was over.