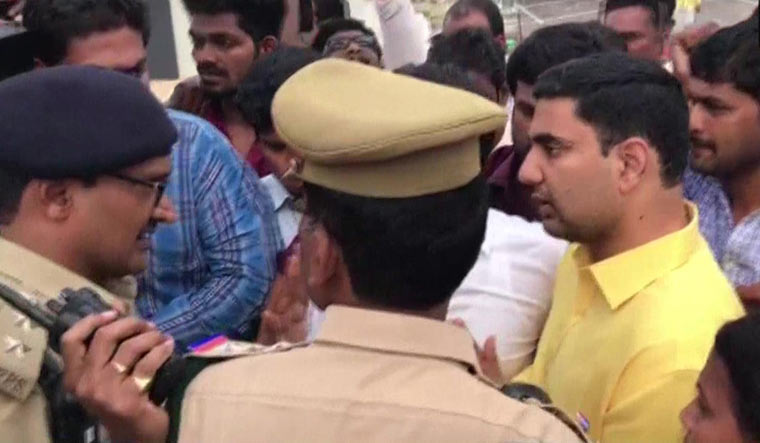 TDP supremo and former Andhra Pradesh chief minister N. Chandrababu Naidu, his son Nara Lokesh and other party leaders were placed under house arrest on Wednesday morning ahead of a party rally in Guntur. News agency ANI reported Naidu was not being allowed to meet mediapersons.

Following his detention at his residence near Vijayawada, Naidu began a 12-hour fast till 8pm. Soon after Naidu was detained, TDP leaders who arrived at his residence were also taken into preventive custody. Section 144 was imposed in Narasaraopeta, Sattenapalle, Palnadu and Gurajala.

The TDP alleges at least eight of its activists have been killed in the Palnadu region, since the YSRCP, under Chief Minister Jagan Mohan Reddy, assumed power in late May. The Palnadu region covers areas of Guntur and Prakasam districts.

Interestingly, the YSRCP has called for a counter-rally in Guntur on Wednesday to highlight what it claims were atrocities carried out by TDP activists during the party's tenure in power from 2014 to 2019.