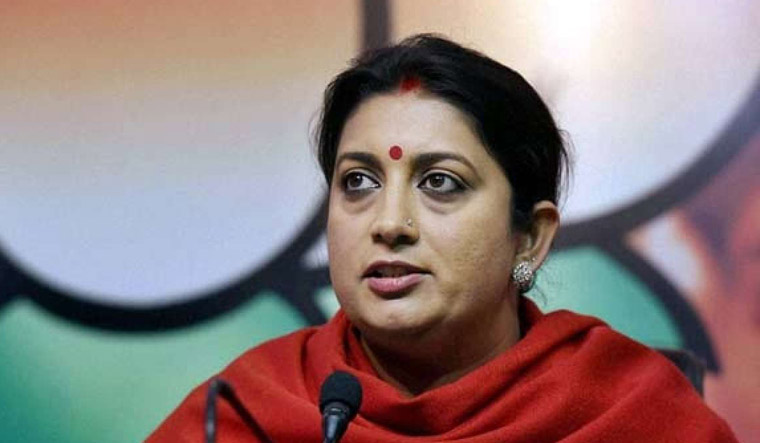 It is the responsibility of men and society to see that no woman faces injustice, Union Women and Child Development Minister Smriti Irani said on Wednesday.

She was speaking after inaugurating a 'one-stop centre' at the civic-run KEM Hospital here which would help rape survivors in their medical examination and counselling.

Maharashtra Minister for School Education and Sports Ashish Shelar suggested the place be named after the late Aruna Shanbaug, a nurse working in KEM Hospital who was sexually assaulted in 1973 and was bedridden till her death at the hospital.

After the Nirbhaya rape and murder case, the central government decided to provide all facilities like medical, legal advice, and shelter to women who have been sexually abused or raped under one roof. The One-stop Centre,' has been set up with the collective efforts of the Union woman and child development centre, and the management of KEM Hospital.“Union government is working for the overall development of women. Centres to provide help for sexually assaulted women, are being set up across the nation,” said Smriti Irani.

Shelar said, “I will not congratulate for making of such a centre in Mumbai. Rather, I would wish that we all will make such a society that women of India would not use such a one-stop centre in future.”

According to a hospital official, the centre is meant to also help victims of child abuse and acid attacks.

"KEM is the first civic hospital to have such a centre," the official said.

It is aimed at reducing the time spent by traumatised victims for medical examination, formalities at the hospital and there would be also counselling for them, he said.

"The centre has gynaecologists, physiatrists and forensic experts under one roof. This will help to speed up the process of preparing the medical reports, which have to be handed over to police and courts," the official said.

The centre will be attached to the KEM Hospital's casualty department so that a woman or child does not have to wander from one ward to the other, he added.