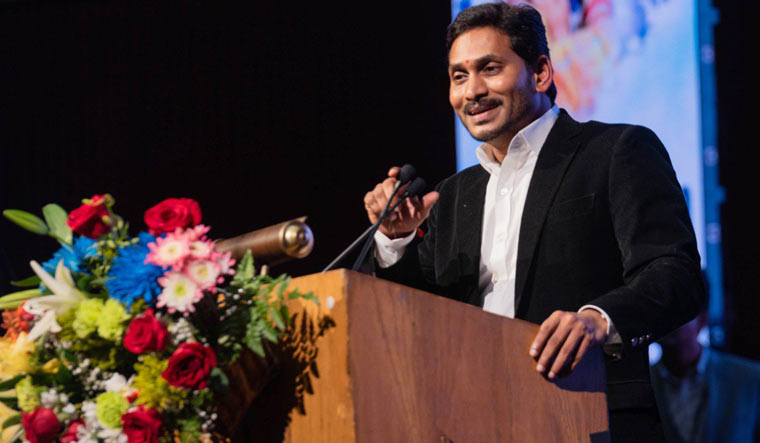 When Andhra Pradesh Chief Minister Y.S. Jaganmohan Reddy inducted five deputy chief ministers into his cabinet, the unprecedented move raised eyebrows. But it will be another first in independent India, perhaps even the world, if the 46-year-old chief minister decides to create four capitals for his state.

Neither the ruling YSR Congress Party (YSRCP) nor someone from the Andhra Pradesh government have revealed plans for four capitals. A Rajya Sabha MP, who was with the TDP and later shifted to the BJP, shocked everyone by claiming to know what is going on in Jagan’s mind.

According to industrialist and MP T.G. Venkatesh, Jagan has plans to create four capitals in four regions of Andhra Pradesh. Venkatesh attributed the source of this information as a Delhi-based BJP leader who was privy to the conversation between Jagan and other senior BJP leaders when the Andhra Pradesh chief minister was in the national capital.

At this point, it is difficult to say whether four capitals in Andhra Pradesh will be a reality, but the mood within the YSRCP camp is an indication that the new government is willing to experiment with a decentralised development model.

Jagan's idea to have power centres and revenue-generating units spread across the state probably stems from the Telangana agitation. When united Andhra Pradesh was staring at bifurcation before 2014, those who hailed from the Rayalaseema and Andhra regions opposed the move and Hyderabad turned into a bone of contention.

At that time, the argument was that since most of the government bodies, industries and centres of excellence were concentrated in and around Hyderabad, the residuary state will be at a big loss. The criticism was that successive governments only focused on the growth and progress of Hyderabad for decades, ignoring other towns and cities in the state.

In 2013, the YSRCP wrote a letter to then president Pranab Mukherjee, requesting him to consider the voices of all sections of Andhra Pradesh and take a decision in a democratic manner. Through the letter, the YSRCP conveyed that Hyderabad had been turned into an economic engine and Greater Hyderabad got a lion’s share of industries even though towns and villages in the Andhra region had the required infrastructure. During his Padayatra prior to the 2019 elections, Jagan repeatedly stressed on providing a decentralised administration if he was voted to power.

If one were to go by Venkatesh’s statements, Andhra Pradesh will be divided into four zones. There will be a planning board each for Rayalaseema, Guntur-Nellore-Ongole, Amaravati and surrounding areas and finally, north coastal Andhra. Venkatesh said, that as per his understanding, all the four regions will have capitals.

According to sources in the government, there is a high chance that the High Court will be shifted to Rayalaseema or north coastal Andhra, from Amaravati. There is a likelihood of two Assembly complexes coming up in two different parts of the state. The secretariat will mostly be in Amaravati or Vijaywada.

Industries and centres of excellence will most probably be set up across Andhra Pradesh. While the ruling party has initiated steps for decentralised rule, it is not clear whether Jagan will go ahead and indeed announce four capitals, a decision that is expected to come with its own set of complexities and challenges.

In such a scenario, what will happen to Amaravati? Officially, Amaravati is still not the capital of Andhra Pradesh. No gazette notification has been issued in this regard. Hyderabad continues to serve as the capital of both Andhra Pradesh and Telangana. According to rough estimates, around Rs 1,500 crore has been spent on Amaravati in the form of design initiatives, preparatory works and trunk infrastructure.

On numerous occasions, Jagan said that he is not in favour of shifting the capital. Hence, even if there are more capitals, Amaravati may still figure among them. But it is also true that the present government has undermined the status of Amaravati as capital for two main reasons—for the lack of any permanent structures and being situated in a flood-prone area. The other reasons are believed to Amaravati’s perceived association with the legacy of former chief minister N. Chandrababu Naidu and the financial burden associated with the project.

According to political analysts, Jagan will be at an advantageous position, politically, with a decentralised administration or by creating multiple capitals. This may create an impression that the current government is for overall development of the state, thereby cutting down on allegations of regional biases. The main opposition party, TDP, may thus not have much ammunition to attack Jagan on this issue.