Lessons of Kargil: Ex-service chiefs warn of surprises from Pakistan

V.P. Malik, N.C. Vij and A.Y. Tipnis share views on lessons learnt, yet to be learnt 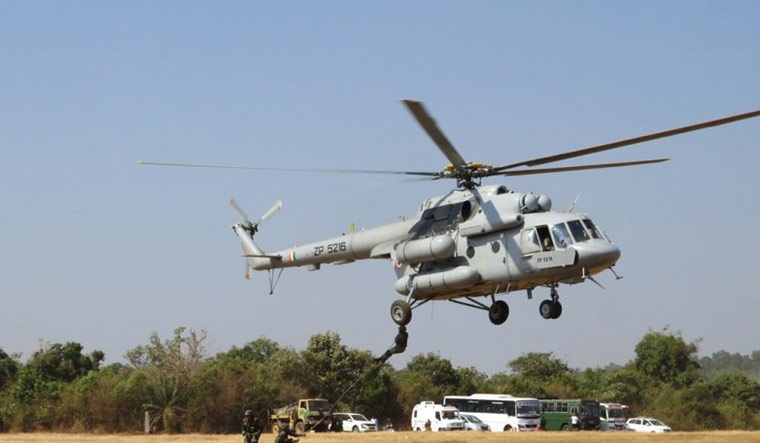 Three days after the Indian Army's announcement of the complete eviction of Pakistani intruders from the heights of Kargil (29 July, 1999), the Atal Bihari Vajpayee government had set up a committee to examine the sequence of events and make recommendations for the future.

The Kargil Review Committee—headed by bureaucrat K. Subrahmanyam, father of External Affairs minister S. Jaishankar—completed its work on December 15, 1999, and tabled its report in the Parliament of India on February 23, 2000. Certain parts of the final KRC report, such as the findings, have remained confidential till date. While recommendations of the panel have been largely implemented by the successive governments, some of its suggestions are yet to be accepted, 20 years after the war.

Recommendations like setting up of a chief of defence staff, the topmost uniformed officer, and synergy between the ministry of defence and armed forces are still hanging in the balance.

While accepting that there was an intelligence failure and equipment shortages, the then Indian Army Chief, general V.P. Malik ominously stated, “We will fight with what we have”. Intelligence and surveillance are two key issues that need to be updated over and over again.

"It was our failure of surveillance. There is no doubt the length of 160km, we failed to protect (against) infiltration that happened for number of days (one-and-half months). We lacked surveillance equipment. When it comes intelligence, we admit that there was absolutely no assessment that Pakistan Army is preparing for a war," Malik said. Commenting on the military strategy adopted by the local commanders, Malik concluded, "tactics adopted by local military formations was (of) anti-insurgency (nature). That is also a reason, we suffered huge causalities initially".

His opinion was seconded by former Army chief general N.C. Vij, who was the director general, military operations, during the Kargil operation. "Intelligence was not up to the mark. They gave very vague information that meant nothing at all. Intelligence also gave input that there is no possibility of a war in next one year. Intelligence is a most important part of an operation as well as preparation," he told THE WEEK.

"We had major shortage of weapons, winter clothing for higher altitude, etc. Due to sanctions after the May 1998 nuclear tests, we were unable to procure weapons from many key countries. Policy of self-restraint was one of the major challenges we faced, as we were not mandated to cross the LoC. We had political reasons for that," Malik said last week while speaking at a seminar in the national capital.

Military experts believe that despite whatever effort there may be to prevent it, there may be a war at any time. And the nation that neglects this fundamental reality, makes itself vulnerable to military surprises. We have to be prepared for a war and, second, is that one can not predict the pattern of war to prepare ourself for. And whenever there is territorial dispute, proxy war is very possible. And India is facing this situation on both the Pakistan and China sides.

A similar opinion was shared by Vij. When asked about the lessons learnt from Kargil, he said, "We have a neighbour who can never be trusted. It can anytime take you by surprise. We have to be prepared for every occasion. And the Army has learnt this lesson from Kargil,"he told THE WEEK, while adding, "I cannot say what the government has learnt. But I can only judge by the money being spent for defence, which is actually a problem area."

Vij said that his biggest lesson is that you should be prepared for operations anytime and every time you would be required to react. And if you are well prepared, nobody looks towards you with the jaundiced eye like during Kargil.

"This was a big gap on both sides (India and Pakistan). Anybody could have taken advantage. I think Pakistanis were very sure that India will never do that. They were planning for it many years earlier also, like during General Jahagir Karamat's time, when he was (Pakistan) Army chief and Benazir Bhutto was the prime minister. But they did not go for that because they felt that India's reaction will be very aggressive. And it will not pay off. But Musharaff took advantage of it,” Vij recollected.

He observed that the armed forces should have a strong intelligence network to get information from the other side of the border. "That time, we did not have UAVs and satellites and we were not allowed for cross-border patrol. They were problem areas.”

In last 20 years, lot of progress has been made in terms of equipping Indian forces. "Of course, it is not up to the mark and we need much more. Because other side also got better,” Vij conceded.

"Several key recommendations of the Kargil Review Committee are yet to be accepted. Like reorganisation of ministry of defence, appointment of CDS, role of paramilitary forces during such operations etc... there are many things that have not moved forward," Vij pointed out. He claimed that the post of CDS exists in over 30 countries in the world and there is no reason that India should not have it.

"Successive government perhaps feel that with the successive diplomacy, they can avoid a war. But war always occurs when you least expect it," Vij said.

When asked about the chance of a repeat of Kargil, Vij said, "I don't think we have left any gaps anywhere. Every inch of land is being well guarded. But Pakistan can surprise you anytime. So we should be prepared."

When it comes to the role of the Indian Air Force, it was notable. The decision by the government on May 25, 1999, to employ the Indian Air Force in the Kargil war played an important role in the ultimate victory, as never before in military history had an air force engaged ground targets at heights over 16,000 ft.

In the operation named “Safed Sagar”, the Indian Air Force used its frontline fighters like Mirage 2000, Jaguars, MiG-21 and MiG-23, which was only 25 per cent of the total strike force of the Western Air Command.

Initially, the Vajpayee government was hesitant to use air power, as it may have escalated the conflict. Only after the Army's proposal, was the Air Force asked to join the operation.

"I believe use of air power deters the enemy from escalating further. There was a wrong narrative that IAF was afraid to take part in the Kargil operation due to fear of escalation," said retired air chief marshal A.Y. Tipnis, who was the Air Force chief during Kargil.

“When we first came to know about the intruders, there was no question of the Indian Air Force's participation unless the government informed. Finally, we were given green signal from the government. And what IAF has done is history,” remembered Tipnis.

However, there are some takeaways from the Kargil Review Committee report as well. Like creation of a full-time national security adviser (NSA), a position then held by the principal secretary to the prime minister.

Pointing out the "inadequacies" in the country's surveillance capabilities, the panel suggested induction and deployment of UAVs and helicopters with thermal imaging sensors for effective surveillance along the borders. Its recommendations led to the setting up of the headquarters of Integrated Defence Staff (IDS) for tri-services integration.