The Congress-JD(S) government had lost the trust vote 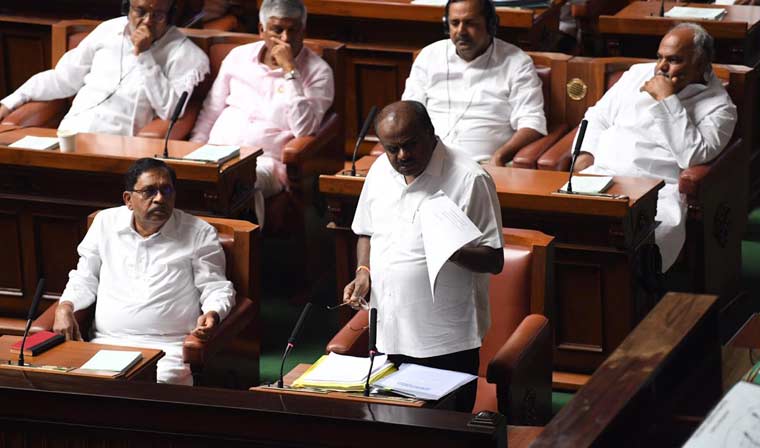 Kumaraswamy and the Congress had moved the Supreme Court on Friday, accusing the governor of interfering with the Assembly proceedings | Bhanu Prakash Chandra

Soon after the outcome, Kumaraswamy drove to the Raj Bhavan along with deputy Chief Minister G. Parameshwara and other senior colleagues and handed over the resignation, officials said.

"I hereby tender my resignation to the post of chief minister of Karnataka along with my cabinet and I request you to kindly accept the same."

"I take this opportunity to extend grateful thanks for the cooperation given to me and my colleagues during the tenure," the letter said.

In his letter to Kumaraswamy, the governor said, "I have accepted the resignation tendered by you with immediate effect."

"Until alternate arrangements are made, kindly continue as caretaker chief minister."

"It is needless to state that no executive decisions should be taken during this period."

The confidence motion moved by Kumaraswamy was defeated with 99 voting in favour and 105 against it.