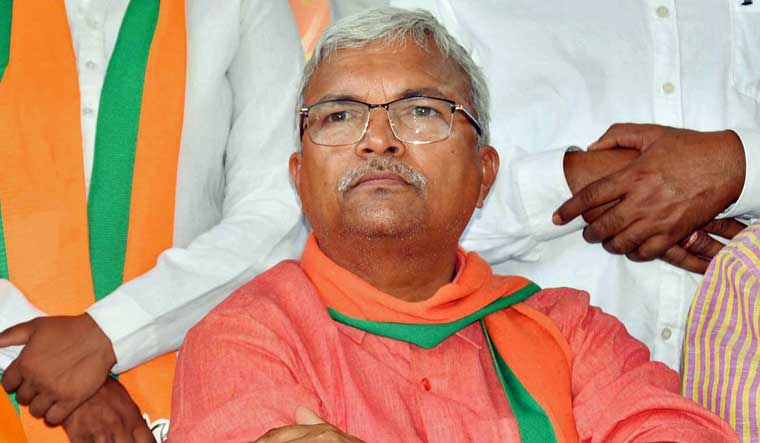 The ex-MLA was arrested on Friday after Congress workers and leaders sat on a dharna in front of the TT Nagar police station demanding registration of case against Singh.

Singh had said on Friday during a demonstration in support of illegal kiosk owners that if their demand were not met “there would be bloodshed on the roads” and had added that “this blood will be of CM Kamal Nath”. A video of this episode was aired by news channels and went viral on social media.

Another audio wherein Singh was heard threatening a municipal corporation officer saying that anti-encroachment vehicles would be torched if spotted by his supporters and using abusive language also went viral.

The episode comes less than a month after the June 26 incident in Indore where MLA Akash Vijayvargiya thrashed a municipal officer with a bat, also during an anti-encroachment drive. Prime Minister Narendra Modi had expressed severe displeasure over the incident, but no formal action has yet come against the MLA, who is son of BJP stalwart Kailash Vijayvargiya.

Meanwhile, the BJP has distanced itself from the episode involving Surendra Nath Singh. “This was his personal initiative that he did not discuss with the party. The party has nothing to say on the episode,” chief spokesperson of state unit Deepak Vijayvargiya told THE WEEK.

The BJP state president Rakesh Singh is, however, said to have expressed displeasure over the conduct and statement of the ex-MLA and sources said action was likely.

Speaking to media before his arrest, Singh refused to apologise saying that he was helping out poor people and stood by his words. He said he would give reply to the party if someone asked him about the matter.

Surendra Nath Singh was presented in the court after the arrest on Friday afternoon.