Baig detained at airport, BJP leader's aide was with him: Kumaraswamy

Roshan Baig, who quit as an MLA on July 9, was held over the IMA Jewels Ponzi scam 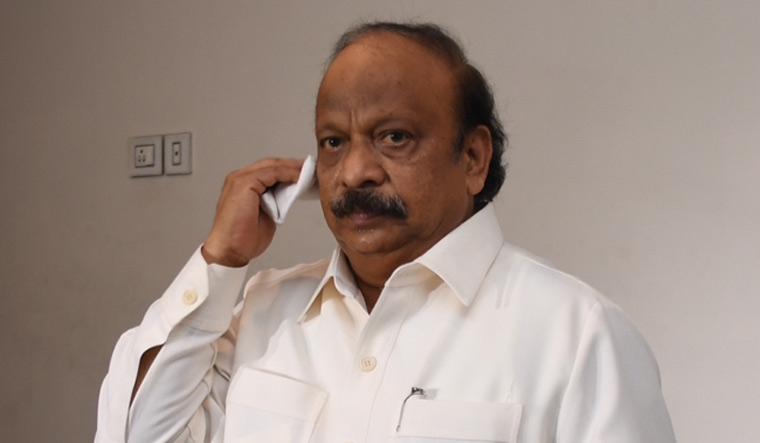 The special investigation team probing the multi-crore IMA Jewels Ponzi scam detained Congress MLA Roshan Baig when he was about to board a chartered plane from the Bengaluru International Airport, Chief Minister H.D. Kumaraswamy said on Monday night.

The chief minister alleged Santosh, personal assistant of BJP state chief B.S. Yeddyurappa, was with Baig when he was leaving, a charge rubbished by the BJP. Baig, the MLA from Shivajinagar, was suspended from the Congress for his alleged anti-party activities as he had rebelled against party leaders.

Baig submitted his resignation as an MLA on July 9 and had petitioned the Supreme Court against the speaker for not accepting it.

"Today, SIT probing the IMA case detained R. Roshan Baig for questioning at the BIAL airport, while he was trying to leave along with B.S. Yeddyurappa's PA Santhosh on a chartered flight to Mumbai," Kumaraswamy tweeted.

He added that on seeing the SIT, Santhosh ran away while the team apprehended Baig. Kumaraswamy claimed that BJP MLA Yogeshwar was present at the airport at the time and said it was shameful on the part of the BJP that it was helping a former minister, who is facing a probe in the IMA case, escape.

"This clearly shows BJP's direct involvement in destabilising the government through horse-trading," he alleged.

"It is false that Yeddyurappa's PA Santhosh was travelling along with Baig. CM is peddling fake news and misleading the state. It was only Baig who was travelling and there was no second passenger. We demand to check boarding passes and CCTV footage to put out the facts," the BJP's Karnataka unit tweeted.

The Congress-JD(S) government, led by Kumaraswamy, is facing a crisis after a flurry of resignations by its MLAs. The chief minister has been alleging the BJP's involvement in pulling down his government.

On Monday, he presented Baig's case to prove his point. The chief minister also shared a document on Twitter showing that the plane was supposed to fly Baig as a passenger.

Baig was supposed to appear before the SIT on Monday, but, citing some important work, he did not turn up and sought time till July 25 but the investigators asked him to depose on July 19 instead.

He was needed in the case as the Ponzi scheme operator Mohammad Mansoor Khan had accused him of taking Rs 400 crore and not returning it. Baig has refuted the charge, calling it baseless and frivolous.

Leaving more than 30,000 investors in the lurch, Mansoor Khan fled to an unknown place.

On Monday, Mansoor Khan released a video message on YouTube announcing his return to India.