Former BJP MP from Gujarat Dinu Solanki and six others were awarded life imprisonment on Thursday by a special CBI court in Ahmedabad for the murder of RTI activist Amit Jethwa. 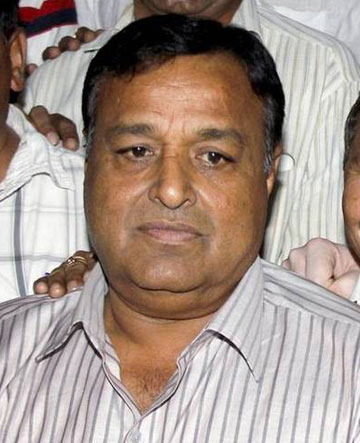 Jethwa was shot dead outside the Gujarat High Court in Ahmedabad on July 20, 2010 by two assailants. Jethwa had exposed the illegal mining activity being carried out allegedly by Solanki in the Gir Forest area.

Solanki and others were declared guilty on July 6 and the quantum of punishment was declared on Thursday.

Solanki was arrested in 2013 from New Delhi.

Among the convicted also include Solanki's nephew Shiva and police constable Bahadursinh Vader.

Interestingly, Solanki's name did not figure in the first two chargesheets filed by the Detection Crime Branch. The case then reached the Gujarat High Court which ordered a CBI probe.

All the seven convicts together will have to pay a penalty of Rs 59.25 lakh. The court also ordered that out of the total amount of the penalty, Rs 11 lakh will go to the Jethwa family, including his widow and two children.