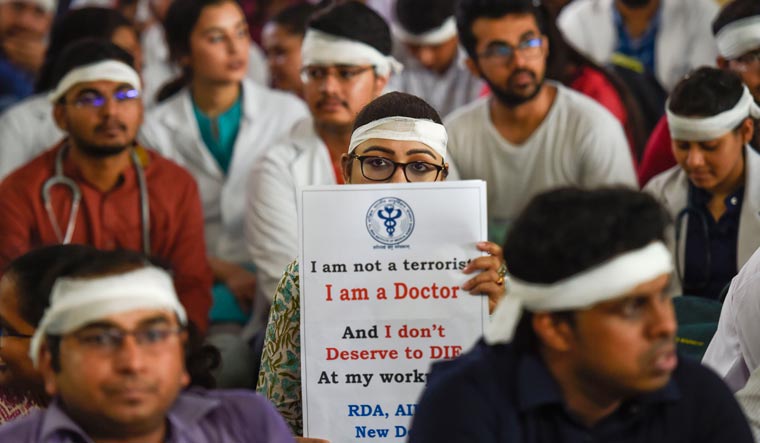 The Union ministry of health and family welfare has constituted a committee to discuss the proposal to frame a new law on the issue of violence against doctors. The ministry has set up a 10-member committee to look into the matter. The members include representatives from the ministry, Indian Medical Association, Federation of Resident Doctors Association, Medical Council of India, AIIMS and Union ministry of home affairs. The committee will hold its first meeting on Wednesday.

The demand for a separate law to deal with violence against doctors at their workplace has been a long-standing one. However, it was foregrounded during the recent protests by doctors, triggered by an incident of violence against a junior resident doctor in West Bengal.

The Indian Medical Association, an influential body of doctors that boasts a membership of 3.5 lakh doctors, that has been at the forefront of the demands for a separate legislation for violence against doctors, has argued that a “comprehensive, Central law” would serve as a deterrent against such violence, provide for adequate security for doctors and address the root cause of such incidents of violence.

Such a law would not only prohibit violence, but also allow for compensation to the hospital and penalty for “improper investigations”.

Last month, after the strike by doctors across the country was called off, the IMA had promised to keep up the pressure on the government and ensure that such a law was passed by the Parliament.

At the height of the doctors' agitation in June, Union Health Minister Dr Harsh Vardhan had written to the chief ministers of all states to consider enacting a specific legislation for protecting doctors and medical professionals, and sent them a copy of the draft law—The Protection of Medical Service Persons and Medical Service Institutions (Prevention of Violence and Damage or Loss of Property) Act, 2017. He had also asked them to enforce the provisions of the Indian Penal Code, the Criminal Procedure Code with vigour in states where such a law was not present and take strict action in case of assault against a doctor.

“The current draft [of the law] deals only with the punishment part of it, where the person who assaults a doctor can be punished with seven years of imprisonment, and the offense is a non-bailable one,” Kerala-based Dr R.V. Asokan, honorary secretary of the IMA had told THE WEEK in June. “We are pushing for a Central law that deals not just with that, but also ensures that hospitals have a three-layer security system with CCTVs and restricted entry of visitors.”

Several states such as West Bengal, Delhi, Assam, Andhra Pradesh, Goa and Chhattisgarh, have enacted similar laws to protect medical professionals. However, doctors, many of whom are unaware of such legislation, insist their plight has not changed.

The need for a Central legislation, Asokan said, had risen because despite the existing laws “not even a single person” had been convicted in these cases.