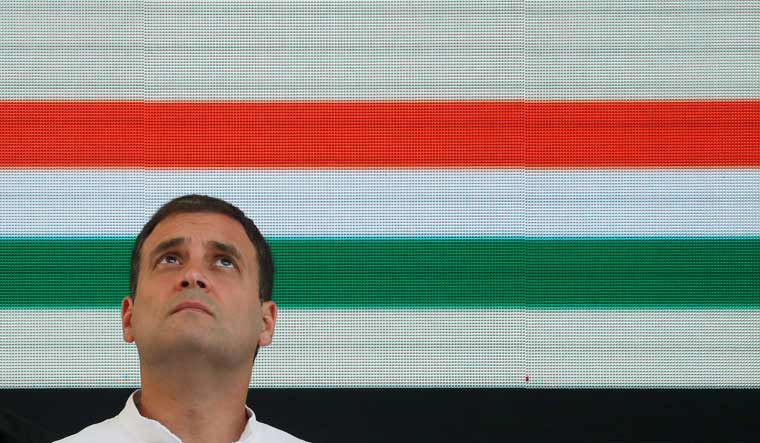 Congress leader Rahul Gandhi on Saturday said he will appear in a court in Patna for a case filed by his "political opponents" in the BJP and RSS to "harass and intimidate" him.

Gandhi's appearance in the court later on Saturday comes days after he as well as CPI(M) general secretary Sitaram Yechury pleaded not guilty in a defamation case in Mumbai filed against them by an RSS worker.

I will appear in person at the Civil Court in Patna today at 2 PM, in yet another case filed against me by my political opponents in the RSS/ BJP to harass & intimidate me.

"I will appear in person at the Civil Court in Patna today at 2pm, in yet another case filed against me by my political opponents in the RSS/BJP to harass & intimidate me. Satyameva Jayate,"Gandhi said in a tweet.

The defamation case against Gandhi was filed by Bihar Deputy Chief Minister Sushil Kumar Modi. The case relates to comments by Gandhi at an election rally in Karnataka where he claimed “all thieves in the world have the surname of Modi”. Gandhi was purportedly referring to Prime Minister Narendra Modi and businessmen Nirav Modi and Lalit Modi.

Gandhi and Yechury, who pleaded not guilty in the case in the Mazgaon-Sewree metropolitan magistrate's court, will now face trial during which the court would record their statements and that of the complainant as well as other witnesses. An RSS activist had filed a complaint against Gandhi and Yechury in 2017 after they allegedly linked the organisation to the killing of journalist Gauri Lankesh. Gandhi secured bail in the defamation case in Mumbai.

Gandhi is scheduled to appear in courts in two more defamation cases in the coming days—in Surat on July 9 and Ahmedabad on July 12.