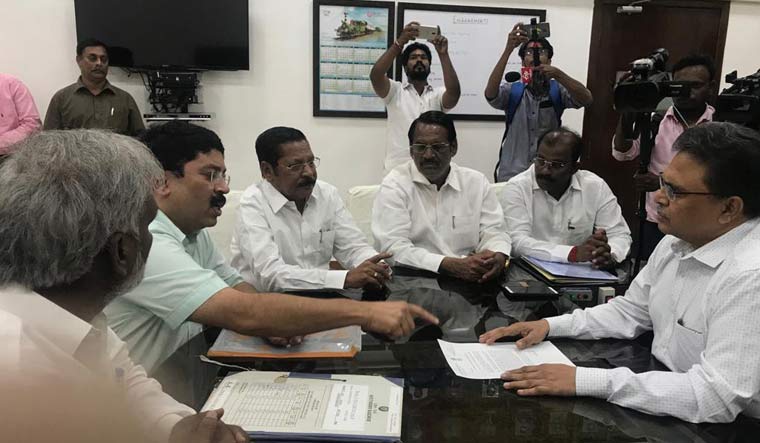 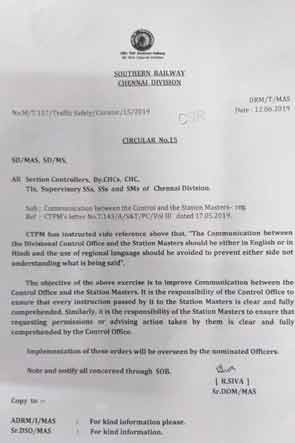 The circular was issued on June 12. The Southern Railway circular notes that “use of the regional language should be avoided to prevent either side not understanding what is being said”. The circular states that the objective of the decision to push for use of English and Hindi was to improve communication between the station masters and the division control office.

Several social media users, particularly in Tamil Nadu, uploaded images of the Southern Railway circular and labelled it as an attempt to impose Hindi.

The controversy over the Southern Railway order comes little more than a week after the Narendra Modi government's draft National Education Policy triggered protests. The original draft of the policy required students to study Hindi and English, along with their regional language. This led to protests from groups in Tamil Nadu and Karnataka, following which the government modified the draft National Education Policy to remove references to Hindi.