“Such things happen. No need to give it too much importance,” says a minister 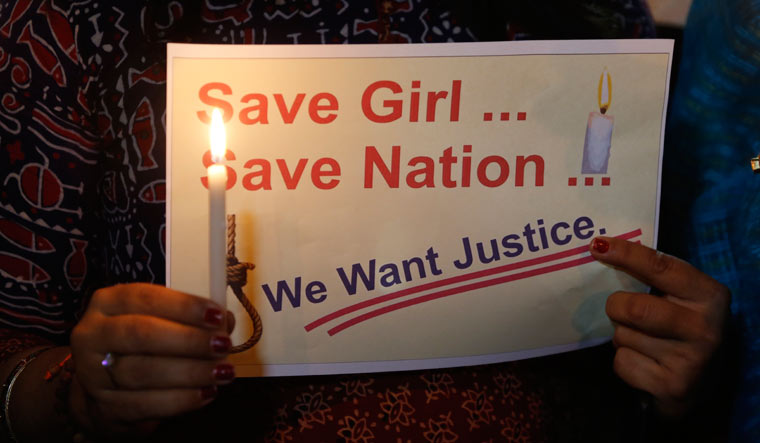 The barbaric murder of an infant girl in Uttar Pradesh has drawn some late and insensitive reactions. The follies have been led by the state’s Minister for Agriculture Surya Pratap Shahi who is reported to have said, “Such things happen. There is no need to give it too much importance.” He added, “Our government deals with such things strictly”.

The two-and-a-half-year-old girl went missing on May 31 from outside her home in a town near Aligarh. A day later her parents approached the local police to report her missing. On June 2, her highly decomposed body was found in a garbage dump.

On Friday afternoon, when contacted by THE WEEK, Vishesh Gupta, the chairperson of the Uttar Pradesh State Commission for Protection of Child Rights (UPSCPCR), said, “I am watching media reports at the moment. One of our members shall be asked to visit the child’s family so that we can send a report to the state government recommending strict action. This is a case for the JJB (Juvenile Justice Board).” The last bit, however, seems inaccurate as the JJB deals with crimes committed by those who have not attained the age of 18—which has not thus far been established in the case.

L.L. Agarwal, the Chief Medical Officer (CMO) of Aligarh, detailed to THE WEEK the horrific condition of the child's body. “There is no indication of rape or of acid being used. Her right hand was cut off. Her left leg was broken. The soft tissue of her eyes was missing. There were marks of animal and insect bites on her body. The cause of the death was hemorrhaging”.

The immediate provocation for the murder is said to be the dispute over a loan of Rs 40,000 which the infant’s parents had taken. They had already returned Rs 30,000. Earlier in the week, the lenders had accosted the girl’s father and warned him ‘Hum dekh lenge’ (We shall see you). The argument had ended in exchange of blows.

Minister of state for education Sandeep Singh was among the many politicians who expressed their anger on social media. Singh tweeted: “In this hour of grief we stand with the family. Pray to God to give the family the strength to bear this grief. Also want to assure that the government will surely punish those responsible for this inhuman act.” On Friday, however, the minister was in Aligarh attending a mass wedding. His official programme did not include a meeting with the aggrieved family.

The infant’s father told the local media that he had met his daughter last at 6 am on May 31 after she took a bath. “She asked me to dress her up and then went out to play,” he said. The girl’s mother demanded that the family members of the two people arrested in the case be questioned. "It is not possible that wife and mother of the accused did not know what was going on in their home," she said.

A lens is also being beamed on the past record of Aligarh’s SSP Akash Kulhari. His inept handling of the murder of a lawyer in his previous posting in Allahabad is being cited by those who raise questions over the slow pace of the investigation. Kulhari told THE WEEK, “A Special Investigation Team led by the SSP (Rural) and the SP (Crime) has been formed. It includes a female Station House Officer. Though rape has not been confirmed, we have saved slides to send to the Forensic Laboratory in Agra. The case will be taken to the fast track court”.

The formation of the SIT, however, has been dismissed by many as an eyewash. “The matter was reported by the family earlier, but the police failed to act. We failed to protect her,” said Juhie Singh, the state’s former chairperson of the SCPCR.