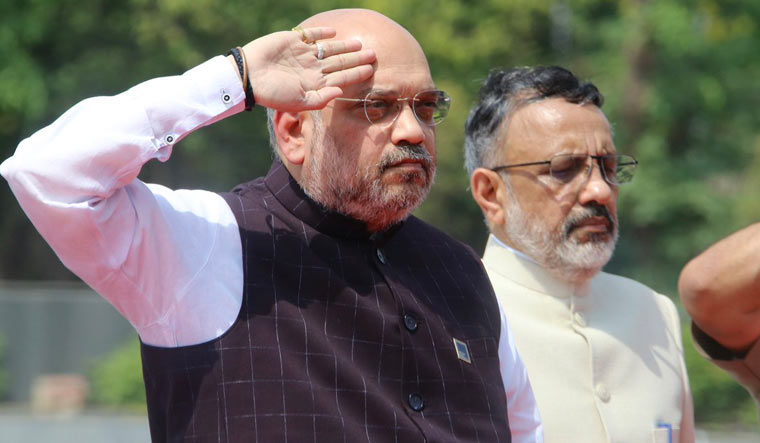 Mainstream political parties in Kashmir on Tuesday reacted sharply to reports that the Narendra Modi government was planning delimitation of constituencies in the state, saying it was an obvious attempt to "inflict another emotional partition" on the state "on communal lines".

Earlier on Tuesday, Union Home Minister Amit Shah was given a detailed presentation on the situation in Jammu and Kashmir, where the BJP has been pushing for carrying out a delimitation exercise for getting more seats for the Jammu region in the state assembly.

"Distressed to hear about GoI's (Government of India) plan to redraw assembly constituencies in J&K. Forced delimitation is an obvious attempt to inflict another emotional partition of the state on communal lines. Instead of allowing old wounds to heal, GoI is inflicting pain on Kashmiris," former chief minister and Peoples Democratic Party president Mehbooba Mufti said on Twitter.

National Conference vice-president Omar Abdullah said his party would oppose tooth and nail any attempt to make changes without a mandate from the people of the state.

"The freeze on delimitation was applied to J&K and was done to bring the state in line with the rest of the country. The same was challenged & upheld in both the High Court of J&K & the Supreme Court," Omar tweeted.

"A freeze on delimitation has been applied to the entire country until 2026 and contrary to the way some ill-informed TV channels are trying to sell it, it isn't just a J&K specific freeze," he said.

Omar said it was rather surprising that the BJP, which talks about bringing Jammu and Kashmir at par with other states by removing Articles 370 and 35A of the Constitution, "now wants to treat J-K differently from other states in this one respect".

"When delimitation takes place in the rest of the country the BJP is welcome to apply it to J&K, until then, we in the @JKNC_ will oppose, tooth & nail, any attempt to make changes without a mandate from the people of the state," Omar said.

Peoples Conference chairman Sajad Lone said he hoped that the reports are untrue.

"Hope and pray that media reports about Kashmir aren't true. Don't understand the earth-shattering hurry. And this perception of being wronged at a provincial level. If thousands of graves in Kashmir don't add up to people being wronged, wonder what wronged means," Lone said in a tweet.

"If the idea is to meet the growing demands of the population, if the idea is to give a certain kind of balance to three regions, we believe that the state legislature and the people of the state are the best stakeholders to take that decision," he said.

Faesal warned that any delimitation exercise in violation of the freeze imposed by the state legislature would be seen as "manipulative and will have dangerous consequences" for the state.