The court fixed the appeal for hearing on June 3 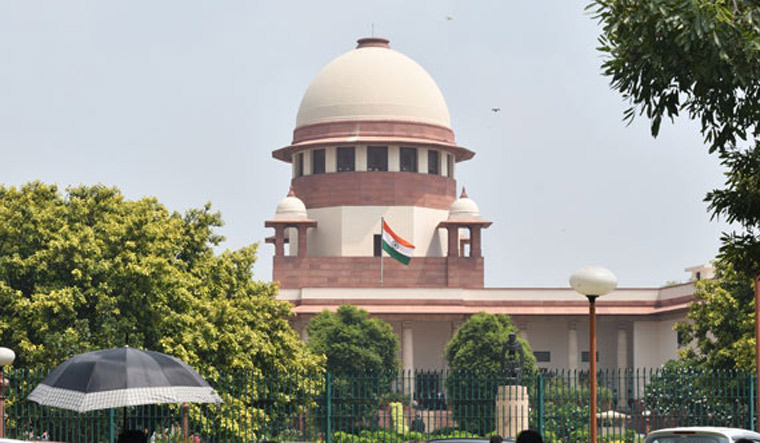 A vacation bench comprising Justices M R Shah and A S Bopanna fixed the appeal of the central government against the April 8 order of the high court for hearing on June 3 after the counsel said that the plea was of utmost importance.

The high court had held that the environmental clearance was mandatory for the sensitive project.

The high court's order had come on a batch of petitions filed by 35 land owners and PMK leader Anbumani Ramadoss. The pleas had challenged the land acquisition proceedings.

The high court had made clear that grant of prior environmental clearance would undoubtedly require a thorough study of the area and before that, a public hearing was needed to be conducted.

The ambitious 277.3-km-long eight-lane greenfield project connecting Salem and Chennai under the Centre's 'Bharatmala Pariyojana' scheme aims to cut travel time between the two cities by half to about two hours and 15 minutes.

However, it has been facing opposition from a section of locals, including farmers, over fears of losing their land, besides environmentalists who are against felling trees for it.

The project runs through reserve forest and water bodies.

"We are of the considered view that the project highway as conceived and sought to be implemented is vitiated on several grounds... and consequently, the notifications issued for acquisition of lands under Section 3A(1) (of the National Highways Act) are liable to be quashed," the HC had said.

The high court had also held as "unsatisfactory" the project report of a consultant and had said it needed to be scrapped.

It had said that unless a proper study was made, the impact on the forest lands, water bodies, wildlife, flora and fauna cannot be assessed.

Environmental clearance was mandatory since the project would have an adverse impact on the environment, including water bodies, the HC had said.

If the project highway was to pass through reserve forest area, even if it is to a distance of about 10 km, it would undoubtedly pave the way for poachers and facilitate easy access, it had said, adding that it would also pave way for illicit felling and transportation of valuable timber.