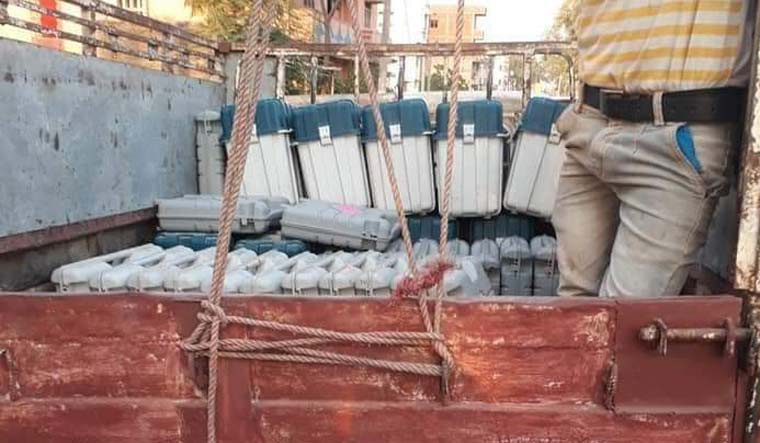 The district administration in Ghazipur, Uttar Pradesh, on Tuesday tweeted that allegations of electronic voting machines (EVMs) being illegally transported were “baseless”. On Monday night, Afzal Ansari, joint candidate of the SP-BSP alliance, argued with officials from the local administration and Election Commission and sat on a dharna against the alleged movement of EVMs.

The clarification in Ghazipur came even as several journalists, political leaders and activists alleged widespread movement of EVMs in Uttar Pradesh, Bihar, Haryana and other states.

RJD leader Tejashwi Yadav was among the first to tweet about it, alleging, “Visuals and claims of sudden movement of EVMs observed across the north India! Why is it so? Who is transporting these EVMs & Why? What is purpose and objective of this exercise? In order to avoid any confusion & misconception, Election Commission must issue a statement ASAP.”

AAP leader and Delhi Deputy Chief Minister Manish Sisodia tweeted “EVM machines are being swapped in counting centres” across Jhansi, Meerut, Ghazipur, Chandauli and Saran. Sisodia said the “Election Commission and media were changing the vote given against Modi by the people”.