Congress will benefit from AAP's decline in Punjab: Sunil Jakhar 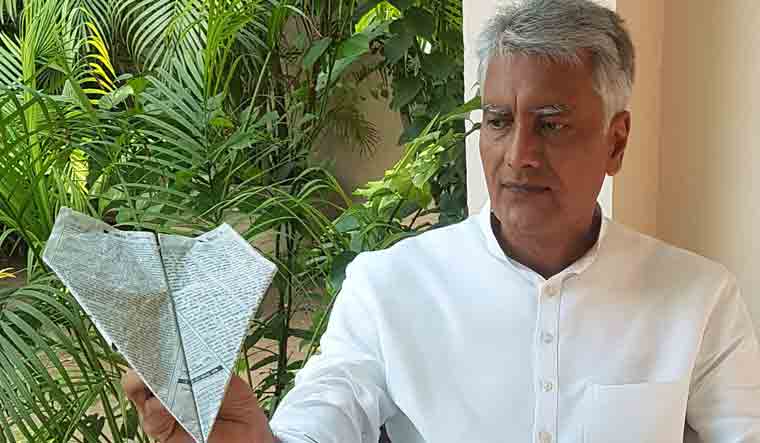 The battle for Punjab's Gurdaspur Lok Sabha constituency has turned out to be one that is keenly watched with the BJP fielding Sunny Deol to win back the seat from Congress's Sunil Jakhar. He had won back Gurdaspur from the BJP in a recent byelections after the death of sitting MP Vinod Khanna. Jakhar, who is also the president of Punjab Pradesh Congress Committee, talks to THE WEEK about the upcoming contest:

Gurdaspur had fancied film stars in the past.

It has. But a lot of water has flown down the river Ravi since 1999 when there were no films available on mobile (phones), which is happening now. Moreover, people of Gurdaspur had their fill of stardom. Vinod Khanna did mingle here as he was a different genre of star, but Sunny Deol (the BJP candidate) has to shed the image of stars doing a disappearing act.

This election is also about the performance of the Amarinder Singh government. The Congress claims he has delivered, the opposition says he has not.

People who are questioning us are hiding the promises made by Modi. Nobody is talking about that or the Rs 15 lakh promised or the two crore jobs. The difference between (Narendra) Modi and us is that the former has run out of time, while we still have time as we have been given a five-year mandate. This is just a trailer and the real film is yet to come.

The BJP is focusing on nationalism.

Their campaign shows how immaturely they are handling the issue. Modi referred to nuclear weapons, Amit Shah spoke in Pathankot. I asked why they invited the ISI to the air base here after the terror attack? Who was responsible for Pulwama? Why 40 armed personnel died? What was the chowkidar doing? Have they instituted an inquiry to fix (the) responsibility? The terrorists used a rundown car to explode 300kg of explosives and we had to use Mirage 2000 to drop 300kg of explosives. These are very tough questions. People are concerned that the kind of chest-thumping by Modi would impede the Kartarpur corridor. Punjabis have decided that Modi has to go if Kartarpur corridor has to be built. They doubt his intent.

What effect does this anti-Pakistan campaign have in Punjab?

People in the border areas like to have better trade links with Pakistan. We would want the Hussainiwala border also open. How can chest-thumping and trade go together? Every time tensions rise, people here get affected as there is talk of evacuation.

The AAP won four seats last time. Many people say it is in decline. Who would benefit from it?

The Akalis are also going down the drain. I do not think anyone is going to waste their vote. In the AAP, people wanted a change from the police raj under the Akali government. Now, the Congress will benefit.