The agency filed its first direct charge-sheet against the preacher 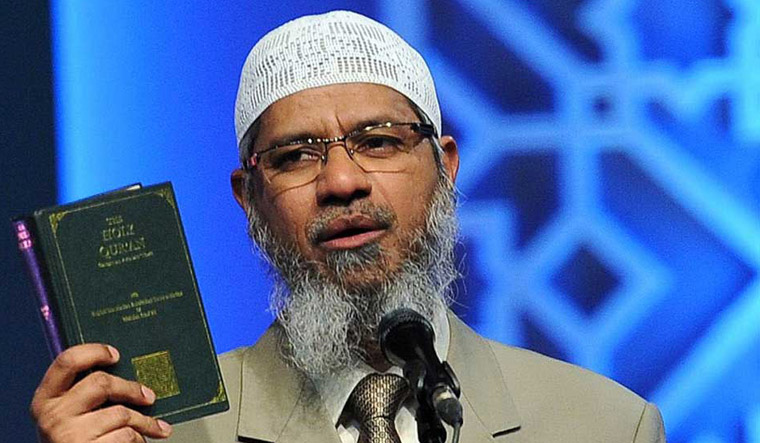 The Enforcement Directorate on Thursday filed its first direct charge-sheet against controversial Islamic preacher Zakir Naik on charges of laundering criminal money to the tune of Rs 193 crore and allegedly creating illegal real estate assets worth crores in India and abroad, officials said.

The agency filed the prosecution complaint under the Prevention of Money Laundering Act (PMLA) before a special court in Mumbai and said Naik's "inflammatory speeches and lectures have inspired and incited a number of Muslim youths in India to commit unlawful activities and terrorist acts."

This is the second charge-sheet in the case by the ED, but the first against Naik that specifically underlines his role.

The agency claimed its probe revealed that "most of the incriminating speeches of Naik were delivered during the 10-day Peace Conference organised by the Islamic Research Foundation (IRF) in Mumbai during the period between 2007-2011." The IRF is owned and promoted by Naik.

"The said conference was planned, organised, funded and promoted by the IRF and people of other religions were openly converted into Islam by Naik," it charged.

The ED said a total amount of Rs 193.06 crore has been identified as proceeds of crime.

In the past, the agency has attached Naik's properties, investments made in mutual funds, Islamic International School in Chennai, 10 flats, three godowns, two buildings and land in Pune and Mumbai, and 10 bank accounts.

It said Naik also "made investments in Dubai where he is developing high-end bungalows." The ED is expected to attach these overseas assets in the coming days, a senior official said.

The agency alleged in the charge-sheet that the money trail probe against Naik and his associates found that "IRF received an amount of Rs 64.86 crore, between 2003-04 to 2016-17, mostly from dubious or suspicious sources and majority of the funds were utilised for organising Peace conferences."

"It was during Peace conferences that provocative speeches were made and religious conversion to Islam was also propagated/conducted," the ED alleged.

It added Naik transferred funds from abroad to India and purchased properties in Pune and Mumbai by "layering of funds" and in the name of his close relatives.

"Investigation has also revealed that Naik was also involved in suspicious unaccounted cash transactions," it said.

The central probe agency, till now, has arrested two of Naik's aides Amir Gazdar and Najamuddin Sathak. Naik himself is absconding from probe and at present, is stated to be in Malaysia.

Naik was booked by the ED in 2016 based on a National Investigation Agency (NIA) FIR that was registered under the Unlawful Activities Prevention Act (UAPA).

The NIA in the past has said the Islamic preacher "deliberately and maliciously insulted the religious beliefs of Hindus, Christians and non-Wahabi Muslims, particularly Shias, Sufis and the Barelwis, with the intention of outraging their religious feelings."

It had said Naik's organisation, IRF and Ms Harmony Media "have been instrumental in the maximum circulation of such incriminating speeches."