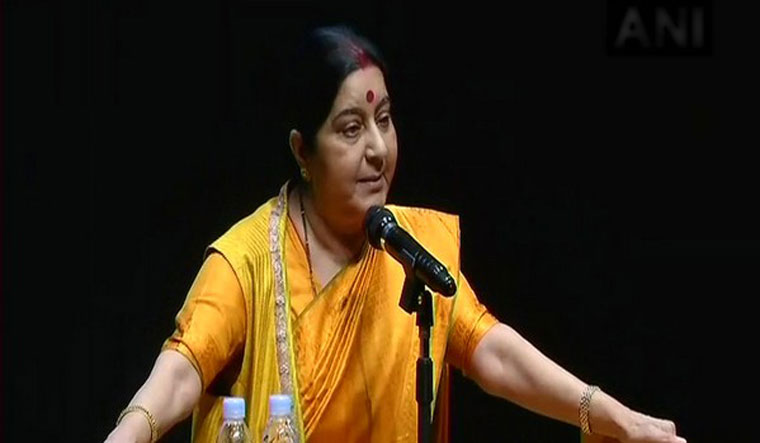 External Affairs Minister Sushma Swaraj has assured to help an Indian man in Saudi Arabia after he made an appeal on Twitter to aid his return to his country.

The man, identified as Ali, has claimed that he has been seeking help from the Indian Embassy in Riyadh for the last one year to get back to India. He has also threatened to commit suicide.

Responding to the appeal, Swaraj said in tweet on Thursday that she was there to help and the entire embassy will lend a helping hand.

Swaraj's witty side had also come to the fore on Twitter recently as she helped people with visa-related and other issues on the micro-blogging site while adding a dash of humour to her words.

The Union minister is known for her social-media savviness and also to respond to various people on Twitter in need of assistance.

She even sometimes responds to those just indulging in light-hearted banter.

Twitter user @kianiistarr had posted early April that she needed help on issuing of visa as her wedding was held up, and the foreign minister had responded that she could help her.

"Oh !............... I can help your Sasuraal Walas with Indian Visa so that they don't have to postpone the wedding any further," Swaraj had tweeted.