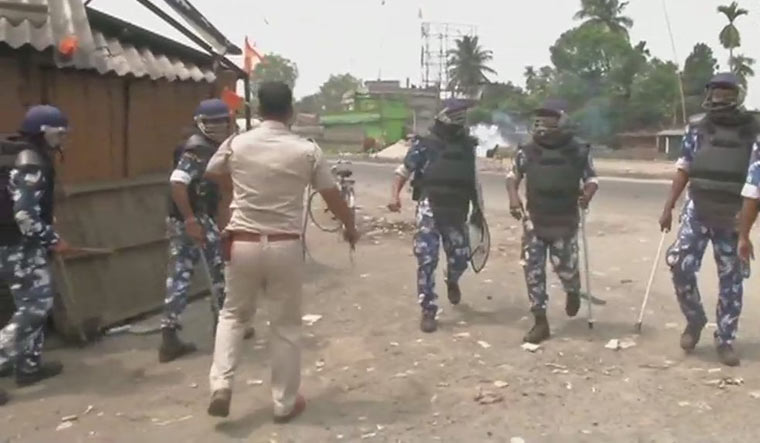 According to news reports, protestors blocked sections of NH-31 and NH-34 on Thursday, as the seconds phase of elections began in West Bengal.

Parts of Darjeeling reported unrest in the morning over rumours of miscreants preventing voters from voting. According to NDTV, the police fired tear gas shells and deployed lathi charges against protestors in Chopra, near Darjeeling, on the NH31.

The region has a history of violence based on the issue of separate statehood. Demands for Gorkhaland have dominated polls in the past. However, it has not been featured as a manifesto issue by the major parties in the 2019 Lok Sabha elections.

Elsewhere in the state, police have resorted to tear gas and lathi charge against locals blocking NH-34 in Digirpar polling booth in Chopra, located in the Islampur subdivision in North Ninajpur. According to ANI, the locals alleged that miscreants prevented them from voting this morning.

This year, 41,000 paramilitary personnel were delpoyed in the state to ensure a peaceful election during the remaining six phases of polling. It is the highest ever deployment of central security forces for a general election in the state.