Fact check: Sundar Pichai did not cast his vote in TN polls 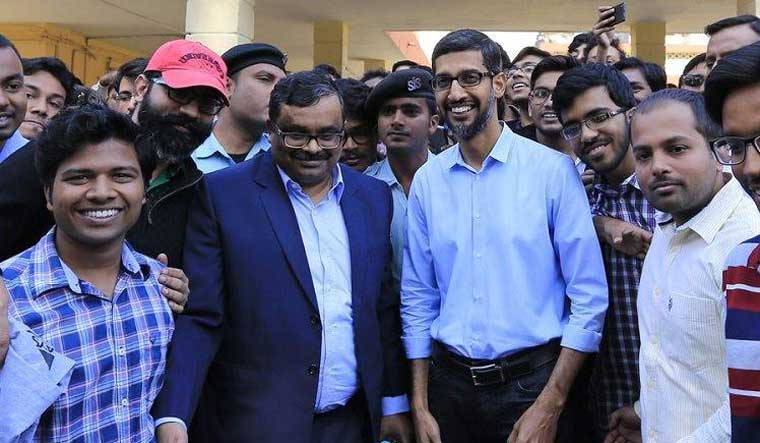 The second phase of the Lok Sabha elections is under way and social media is brimming with pictures and videos of celebrities and ordinary citizens casting their vote. However, this also means that social media is rife with fake news relating to the elections. And it has emerged that a certain post regarding Google CEO Sundar Pichai casting his vote in Tamil Nadu is fake.

The post encouraging people to vote shows a picture of Pichai in India posing with a few Indians. The picture is real. The post is not. It says that Pichai came all the way to Tamil Nadu from the US to vote.

What An Inspiration You Are 🙌 @sundarpichai 👌👌 pic.twitter.com/7xFlyihBPM

The said picture is from 2017 when Pichai came to India and visited his alma mater IIT Kharagpur in West Bengal. He had shared this photo along with two others on Twitter then saying this was the first time he had visited the institute in 23 years. He had addressed the students of IIT Kharagpur and also went to his old dorm room during his visit.

Pichai is a US citizen and cannot vote in India as our country doesn't allow people who have dual citizenship to vote. Pichai was born in Tamil Nadu's Madurai district and did his schooling in Chennai. He went on to pursue higher studies in IIT Kharagpur before leaving for the US to study at Stanford University and University of Pennsylvania.

The Lok Sabha elections, which began on April 11, will be held in seven phases. The voting will conclude on May 19. Counting of votes will take place on May 23.

Also got to visit my alma mater (and old dorm room!) for the first time in 23 years. Thanks to everyone @IITKgp for the warm welcome! pic.twitter.com/OUn7mlKGI7