The CM wrote a letter to EC, dubbing the transfers 'illegal' 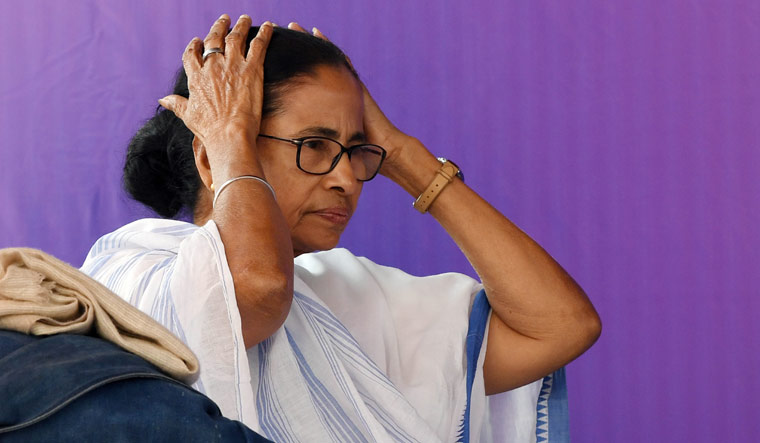 She also alleged in North Bengal that the EC was working at the behest of the BJP.

The commission, on Friday, removed the commissioner of Kolkata and Bidhannagar police and changed the superintendent of police in Diamond Harbour and Birbhum, known to be close to Trinamool Congress second in command Abhishek Banerjee and TMC strongman Anubrata Mandal.

The chief minister said, "You did it illegally. But whoever you change are all our people."

She said the EC decision was illegal as in the past, the commission removed officials only after obtaining a panel of officers from the state government for replacing those removed. Banerjee said the procedure was not followed this time and hence it amounted to violation.

The commission argued that this could have been a procedure adopted by certain people in the past. "But there is no law which says commission would have to seek panel. During elections, the entire administration is under the commission."

According to commission sources, there were several complaints lodged against Sharma over his alleged partiality. All opposition parties claimed that the Kolkata police commissioner did not take their complaints seriously and only paid heed to chief minister.

Singh was under the scanner last month when he rushed to Kolkata airport after the chief minister's nephew Abhishek Banerjee's wife was held back by custom officials who wanted to search her bag. The woman resisted and called up police, and Singh himself went to the airport to help her.

All the opposition parties in the state— BJP, Congress and left parties—had brought these to the notice of the EC.