Was failed Israeli-Croatia arms deal a replay of fighter offer to IAF? 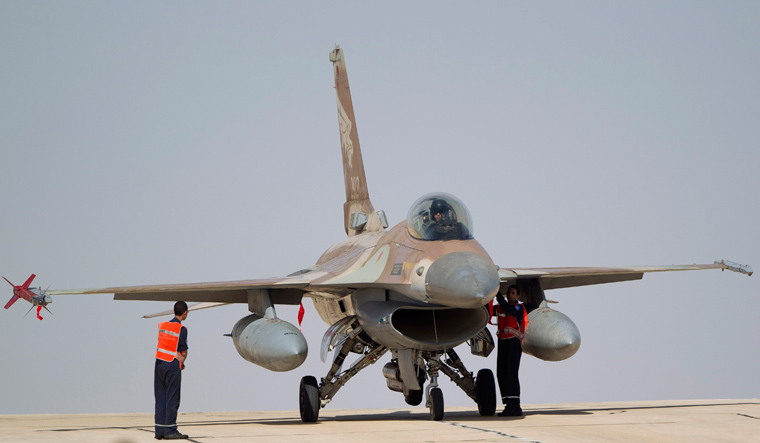 For much of the last week, the press in Israel and Croatia have given frenzied coverage to US objections to Israeli plans to sell the small Eastern European nation 12 used F-16 fighters. On Thursday, the Croatian government announced the deal was officially shelved as Israel had not received approval from Washington to sell the fighters, which were built in the US.

The US decision to 'veto' the Israeli sale of the F-16s draws attention to the complicated nature of export controls in arms sales involving multiple nations. The Croatian F-16 saga also bears some similarities to the now-forgotten story of a Swedish fighter offered for a much larger Indian Air Force tender a decade ago.

In August 2007, after the Indian Air Force issued requests for proposals to six companies to supply 126 fighter aircraft, Sweden's Saab was one of the vendors to respond, offering its Gripen fighter. The Gripen variant originally offered to the Indian Air Force contract was to have featured a significant amount of technology from Israeli companies like IAI.

Israeli officials told the publication the US was concerned about its technology in “Israeli hands” reaching India, even though two US fighters—the F-16 and F/A-18 Super Hornet—had been competing for the same Indian Air Force deal for 126 jets, which had an estimated value of around $12 billion. It was speculated that the US objection stemmed from the disadvantage caused to its companies by the presence of the Israeli technology on the Gripen.

Despite IAI dropping out of the partnership, Saab did continue to offer the Gripen, with alternate systems, to the Indian Air Force. The Indian Air Force selected the French-built Rafale in 2012 after a long and comprehensive trial process, only to see the Narendra Modi government cancel negotiations for the 126 aircraft in 2015.

India had a similar experience with the Indian Navy's now-retired fleet of Sea Harrier fighters that were bought from the UK. During the tenure of the Atal Bihari Vajpayee government, the serviceability of the Sea Harrier fleet was adversely affected after the US delayed supply of critical parts for the aircraft.

Croatia's plan to buy the used F-16 from Israel was announced in late 2017. Croatia had also considered bids for used F-16s from Greece and the US Air Force. The main dispute between the US and Israel over the deal was the presence of upgraded Israeli-origin systems on the fighters, which were first sold by Washington in the 1980s to Tel Aviv. Croatian media reports claim the presence of Israeli systems would reduce profits for US manufacturers from the deal.

The deal, which was worth around $500 million, would have been the country's single biggest arms purchase since it split from erstwhile Yugoslavia.

The Gripen, now featuring a European radar, is still competing for a new Indian Air Force tender for 114 new fighters—along with the F-16, F/A-18, Rafale and other fighters.

While it would be overly speculative, it is tempting to think what could have transpired if the Swedish-Israeli venture for the Gripen for India was not cut short. Perhaps, the Indian Air Force would have got new fighters by now and there would have been no Rafale deal controversy!