Process to buy 110 fighters is rerun of UPA-era tender, with few tweaks 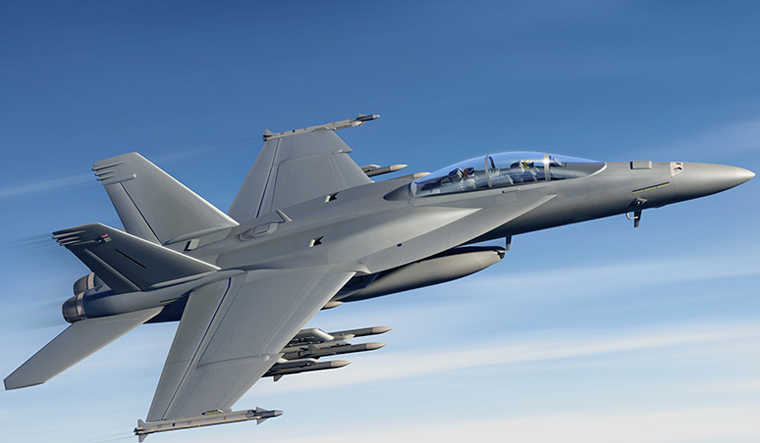 The Indian Air Force on Friday launched the process to acquire 110 fighter jets to meet its depleting combat strength. The world's fourth largest air force, which had a strength of 42 squadrons of fighter jets in 2002, will be down to 28 squadrons by 2020 and further down to 19 squadrons by 2042, if the government does not take speedy action, according to an internal estimate of the IAF.

Presently, the IAF has 32 combat squadrons, but needs at least 42 squadrons to handle a two-front war scenario, which means China and Pakistan pose a collusive threat.

But experts believe that the new process looks to be more or less similar to the original medium multi-role combat aircraft (MMRCA) programme for 126 jets, launched by the Congress-led UPA government in 2007. Almost a decade later in 2016, the NDA government scrapped the MMRCA programme, citing deadlock in commercial negotiations between Dassault, the manufacturer of the French Rafale jet, and the ministry of defence. Eventually, the Modi government made a government-to-government deal to buy 36 Rafale fighters off-the-shelf to meet the critical operational requirement of the IAF. These 36 Rafale jets are scheduled to be delivered between 2019-2022.

The IAF is now seeking to acquire 110 fighter jets, of which 85% are to be built in India with a domestic strategic partner or production agency.

The global aviation majors have to submit their responses to the request for information (RFI), which also stipulates that 75% of the fighters will be single-seat jets, by July 3.

"IAF's new programme is more or less similar to the original MMRCA project. The only difference I could see is the Strategic Partnership clause, in which the lead partner will be an Indian company to set up the production line. Besides, a clause of 70 per cent service availability has also been included in the new programme. But, if everything goes well, it will take at least five-seven years to finalise the contract. By this calculation, we cannot expect anything before 2023," says retired air vice marshal Manmohan Bahadur. In the original MMRCA contract, 18 aircraft were to come off-the-shelf and the remaining 108 were to be built in India.

Multiple efforts are being planned by the IAF to meet its operational requirements. Apart from 40 LCA Tejas jets, IAF has also ordered 83 additional LCA MK-1As, which will be equipped with more lethal avionics and weaponry. The IAF has projected a need for 324 Tejas jets in the next 15 years; this includes plans to buy 201 Tejas MK-2 aircraft, which have a more powerful engine.

In between, the Air Force is also upgrading its existing fleet of Mirage-2000s, MiG-29s and Jaguars to keep them contemporary and increase their operational capability.

In the new request for information (RFI) for 110 jets, the government has not clarified whether it is looking for single-engine or twin-engine aircraft. Recently, the IAF had withdrawn a project to build 114 single-engine fighters, which was over two-years long and was billed as the 'biggest' Make-in-India programme. In anticipation, two major aviation giants had already announced their collaboration with Indian firms to express their intentions to set up production lines in India. The American F-16, built by Lockheed Martin, and the Sweden's Gripen, built by Saab, were the two contenders for the project.

"The previous programme of 114 single engine jets made competition limited to two-three global players. The new project for 110 combat jets will have more options available in the global market. It gives wider competition," said a officer. The Boeing Super Hornet and the multi-nation Eurofighter are likely to be considered again.