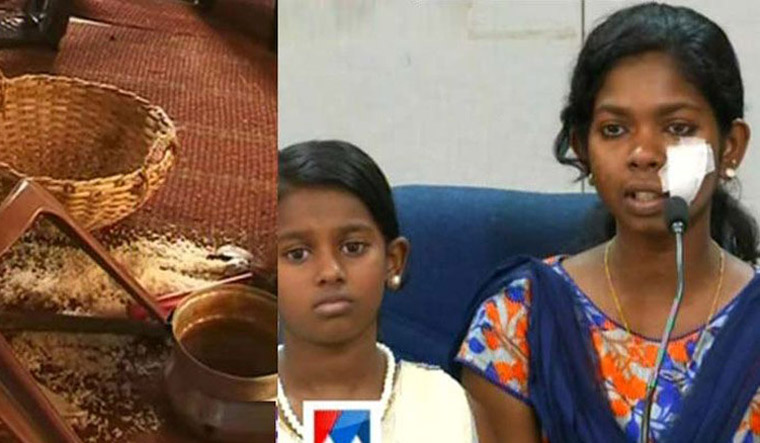 It has been a week since a carol team that was attacked in Pathamuttom has taken shelter in a church.

Five families have been forced to stay put in the church with police protection since they have been threatened with death if they venture out.

The carol team that consists of women and children were attacked by local youths on December 23.

Though seven people, including six DYFI workers were arrested, they are out on bail and now pose more danger, it is alleged.

The frightened women and children hid behind the altar to escape from the rampaging youth. The violence was triggered when the youths who had joined the carol team were questioned when they started flashing. The gang went berserk, damaging equipment at the church and targeting four nearby houses and two-wheelers and an autorickshaw. They also destroyed food and molested women carollers.

A BTech student, Yamiya C. Thankachan, sustained serious injuries in stone pelting. The girl says she could not concentrate in her studies due to fear and that she was attacked by the assailants.

The gang members have already broken the bail condition that they should not enter the area where the attack took place and they are roaming around freely posing a threat to members of the church, said church committee secretary P.C. Johnson.

A plea has been submitted to the district police chief seeking help.