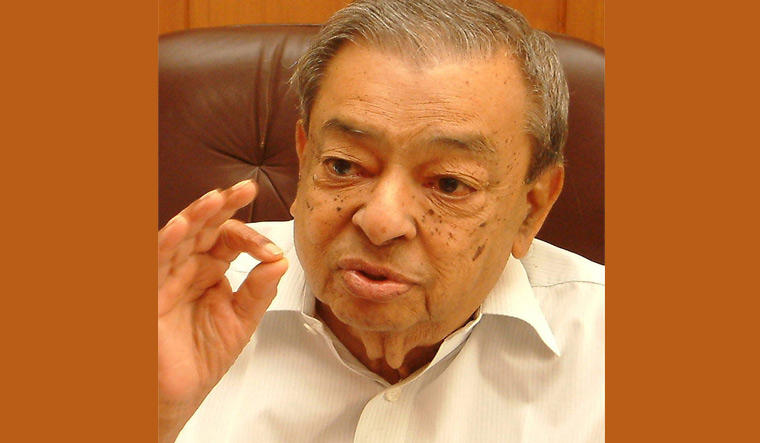 Gujarat BJP leader and former state minister Dileep Sanghani alleged that the late founder-chairman of the National Dairy Development Board and the Gujarat Cooperative Milk Marketing Federation, Dr Verghese Kurien, funded religious conversions by Christian missionaries by donating funds from Amul. Refusing to be dragged into this controversy, managing director of Gujarat Co-operative Milk Marketing Federation, Dr. R. S. Sodhi, on Monday said that Dr. Kurien's religion was that of each farmer of the country.

Dr. Sodhi was speaking to media persons in Anand, the milk capital of India, on the ocassion of the National Milk Day celebrations. Dr. Kurien's daughter Nirmala was also present at various functions organised to mark the occasion. Dr. Kurien passed away on September 9, 2012.

Sanghani had said that Tribhuvandas Patel was the founder of Amul and that farmers' hard earned money was donated for religious conversions in Dangs, South Gujarat by Dr. Kurien.

He even claimed that during his stint as minister, records of Amul were checked but he was told to keep it mum.

On Monday morning, Dr. Sodhi said, “To say that Dr. Kurien was of a particular religion... No, I feel he was of all farmers and his religion was that of the religion of each farmer of India”.

Amul MD recalled a call he received in the wee hours when Dr. Kurien passed away at a hospital in Nadiad. “Me and my colleague went there and asked Nirmala and Mrs Kurien as to where he should be buried (since he was a Christian),” Dr. Sodhi said.

“They told us that his wish was that he be cremated. He was cremated at the same place as  Tribhuvandas Patel. After three months when Mrs. Kurien died in Mumbai, she was also cremated,” said Dr. Sodhi.

He also said that on page number of his autobiography — I too had a dream — on page 238, it was mentioned that he be cremated.

Nirmala Kurien too rubbished the allegations against her father saying he was an atheist, but respected all religions.

Later, talking to THE WEEK over phone, she said such statements (Sanghani's) should be ignored. It is not worth commenting, she said, adding that anybody can say anything.