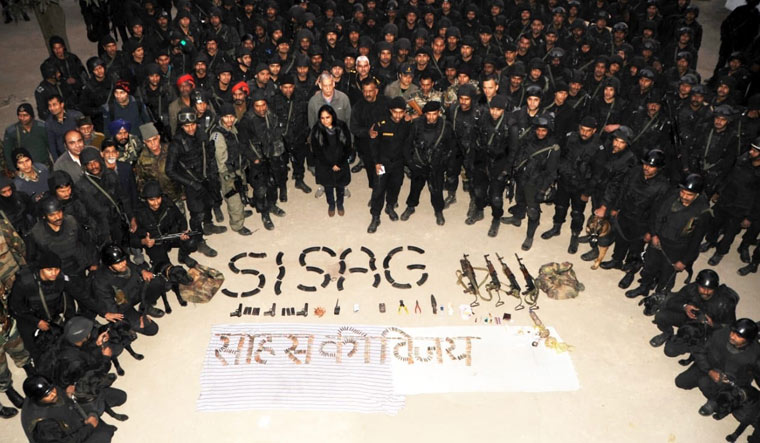 A decade has passed since 26/11, and in the interim, the NSG commandos battled terrorists during the Pathankot terror strike in 2016 | via NSG sources

Ten years after the 26/11 carnage, states are building their own commando forces like Force One in Maharashtra and OCTOPUS in Andhra Pradesh and Telangana, taking a cue from the National Security Guard, the elite counter terror force in the country. The black cat commandos, who were engaged in a frontal battle with the ten terrorists who held Mumbai hostage for 62 hours from the night of November 26 to November 29, are assisting states to be self-reliant as the country’s elite force have to prepare for bigger challenges ahead.

A decade has passed since 26/11, and in the interim, the NSG commandos battled terrorists during the Pathankot terror strike in 2016, flown in especially to the airbase on the instructions of National Security Advisor Ajit Doval. However, the threats have changed since, and the global terror organisations are no longer depending on methods they used in Mumbai or Pathankot terror strikes. The technology has flourished and outfits like Lashkar-e-Taiba are learnt to be exploring drones instead of local recruits for spying or launching attacks. According to intelligence officials, terrorists would no longer seize a boat to reach the shores of Mumbai, but can use underwater capabilities to sabotage Indian facilities and cause greater havoc. Here is where the NSG is trying to reinvent itself and prepare for the future. The NSG commandos are devoting hours of quiet, specialised training to prepare for future counter-terror interventions like underwater operations and counter UAV drone or anti-drone capabilities.

In a freewheeling exclusive conversation with THE WEEK a day ahead of the tenth anniversary of 26/11, NSG DG Sudeep Lakhtakia talks about how NSG has left the past behind, but taken the experiences to hone their skills as well as equip states to create their own ''special'' counter terror forces.

Lakhtakia is a 1984 batch IPS officer of Telangana cadre who earlier served as special director general of CRPF.

The NSG is looking ahead and intensifying its training today in a completely new training ground for their specialised force which is militancy-hit Jammu and Kashmir.

“The NSG deployment in the Valley has been limited to “gravest of grave” situation as per governor. State police is the primary responder in any counter-terror situation. They have been performing the task most professionally and getting results,'' says Lakhtakia.

“The charter of NSG is to neutralise the terrorists with minimum collateral damage. If you recall, not a single civilian in the Pathankot airbase was hurt and all the IAF strategic assets were safe during the operation at Pathankot,'' he says, while explaining that the skills and training of NSG makes it competent to handle such hostage situations.

While the the main fighting component in NSG comes from Indian Army, Lakhtakia explains why there has been a need of employing NSG when specialist units in the Army are doing a good job.

“The prime minister recently complimented the NSG as 'one of the most formidable elite Special Forces across the world'. This deserving appreciation has been earned by the toil and sacrifice of personnel from the Army and the police forces. Both constitute the fighting arm in NSG, albeit assigned with different responsibilities. NSG is an amalgam of the “best of best”, to quote our home minister—personnel drawn from the two institutions. All forces are national security assets, to be used optimally. Each situation warrants an appropriate response, delivered by a force most suited for the task.'' 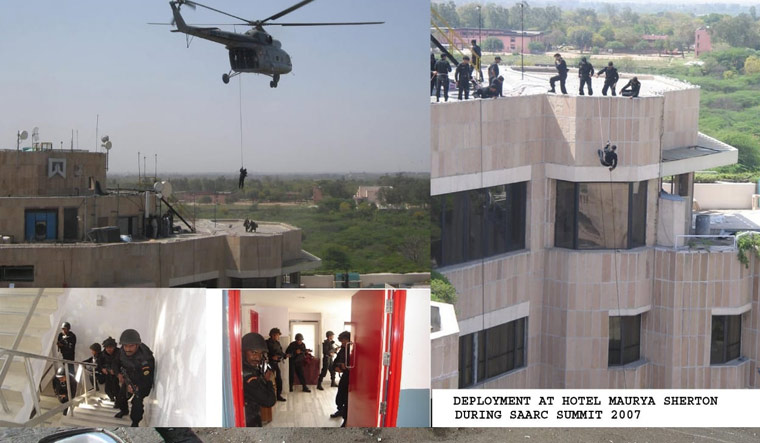 When asked whether there is a need to revisit NSG Act to widen the horizon of the specialised force, especially after it has become a part of the security grid in Jammu and Kashmir where counter-insurgency operations are regularly carried out, Lakhtakia says there is no reason to change the law.

On whether a 26/11 strike is possible again, the chief of the NSG has a pragmatic response because he can be asked anytime to send in the black cat commandos in an emergency situation in any part of the country. “Nothing can be ruled out in this field. The organisations have to be prepared all the time for that one moment, which one hopes will never come,'' he says.

Lakhtakia points out that post 26/11, the states, being the first responders, have invested significantly in developing their capacities. “They have created organisations to deal specifically with this threat, like the Force One in Maharashtra, OCTOPUS in Andhra Pradesh and Telangana, manned by carefully selected, skilled and qualified combatants, specially chosen for this task and equipped appropriately, including modern weaponry and sophisticated technologies.''

The NSG chief says regional hubs of the special force were created ''to reduce the response matrix of the NSG.''

“The NSG Hubs train with their counterparts in states and union territories and build synergy to respond effectively when a situation warrants. The NSG hubs are potent symbols of their partnership with the state special forces in their capacity enhancement initiatives. This involvement has raised the bar of performance, pegged new benchmarks and intensified joint partnership between forces.''

These NSG hubs are being manned by the personnel drawn from the Indian Army, CAPFs and State police forces.

In Lakhtakia's words, growth is a continuous process in NSG in all spheres, be it the numbers, induction of modern technology, developing of niche capabilities and intensifying training.

“The chief mandate of the NSG is counter-terrorism and counter-hijacking operations,'' he says.

Then why are black cat commandos doing VVIP duties? The criticism is that the counter-terror force is the most preferred force among the VVIPs who enjoy Central protection, owing to the high threat perception. Today, the NSG guards nearly two dozen VIPs such as Home Minister Rajnath Singh, senior BJP leader L.K. Advani, SP chief Mulayam Singh Yadav, Chhattisgarh Chief minister Raman Singh and Assam Chief Minister Tarun Gogoi among others. Many VIPs like BSP chief Mayawati have been reluctant to part with them to get an alternate force to guard them.

Lakhtakia says today, a very small number of the entire strength of NSG is drawn for VVIP related duties. “VIP duties are assigned after a professional threat assessment by different agencies,'' he says.

In the last few years , the NSG has also battled criticism of several hours of delay in reaching Mumbai during the 26/11 strike; the post Pathankot strike analysis also questioned the need to deploy NSG when the Indian Army, Air Force had the capacity to handle the threat. But insiders say, Doval believed that the NSG would be the correct choice to battle the terrorists. The NSG is once again in the midst of controversy over its deployment in the security grid in Jammu and Kashmir. Many within the security establishment feel that the insurgency hit state is not a ''training ground'' for special forces. But Lakhtakia is focused. ''Why should we look back at criticism. We need to look ahead. The NSG is preparing for the future,'' he says. India's black cat commandos are working quietly. The next level of challenges are calling them to develop skills for a new battle altogether. The NSG is training its black cat commandos in underwater operation capabilities, improved and quicker house intervention, higher technology induction, counter-UAV and anti-drone capabilities, better surveillance technologies and quicker house intervention drills.